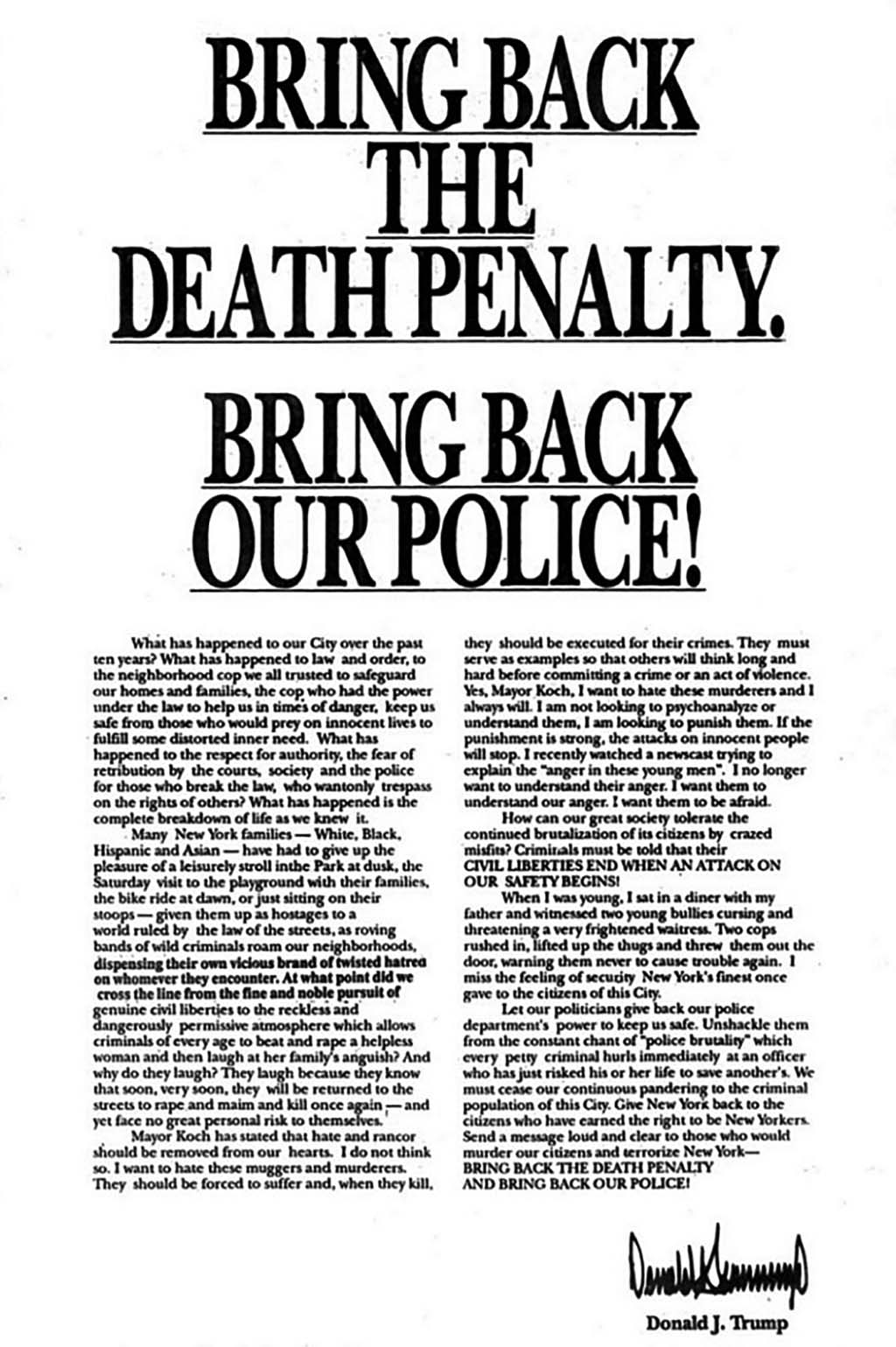 The Central Park Five was a group of five young men–four African Americans (Yusef Salaam, 16; Anthony McCray, 16; Kharey Wise, 18; and Kevin Richardson, 16) and one Hispanic (Raymond Santana, 15)–who were tried and convicted of attempted murder, rape, sodomy, and assault of a woman in Central Park in New York City. Their trial was known as the “Central Park Jogger Trial” in the press and, according to the New York Times, was “one of the most widely publicized crimes of the 1980s.”

On the evening of April 19, 1989, police received reports about a gang of approximately 30 youths assaulting and robbing people in the northernmost section of Central Park.  Multiple people were attacked and robbed by this group as they moved south through the park.  Police were dispatched by 9:30 p.m., and one victim told police that he was attacked by a group of four or five black youths.

Despite the police presence in the park, Trisha Meili, a 28-year old investment banker out for her nightly jog, was attacked, beaten, raped and left for dead between 9:00 p.m. and 10:00 p.m., but police did not find her until 1:30 a.m on April 20.  She was so badly beaten that doctors assumed she would die from her injuries. Suffering from hypothermia, brain damage, excessive blood loss, and shock, she fell into a coma. She was even given the last rites, yet she miraculously emerged from the coma after twelve days.

On April 19, police arrested Santana and Richardson, along with other teenagers, at approximately 10:15 p.m. McCray, Salaam, and Wise were arrested on April 20 after being identified by other youths as participating in the attack.  Police questioned all five teenagers fours without the presence of parents or guardians, and each confessed to participating in a rape and assaulting people in Central Park.

Within weeks of their arrests, however, all five suspects retracted their confessions claiming they had been intimidated and coerced into making false statements by the police.  On May 1, real estate magnate and future U.S. president Donald Trump inflamed public sentiment by taking out a full-page ad in four New York daily newspapers demanding the return of the death penalty. New York City Mayor Ed Koch also assumed the guilt of The Central Park Five and demanded justice.  In 1990, all five young men were found guilty and sentenced to between 5 and 15 years in prison.

In 2002, convicted serial rapist Matias Reyes confessed to the rape and attempted murder of Trisha Meili. DNA evidence, along with specific details of the assault, supported his confession.  After investigation, New York District Attorney Robert Morgenthau determined that The Central Park Five’s convictions should be vacated. In December 2002, the New York Supreme Court rescinded the convictions although they had all completed their sentences.

In 2003, the five exonerated men sued New York City for malicious prosecution and received a settlement of $41 million in 2014.  They also filed a $52 million lawsuit against the state of New York; the New York Court of Claims awarded the men $3.9 million in 2016. In May 2019, Netflix aired a four-part miniseries, When They See Us directed by Ava DuVernay, focusing on The Central Park Five.