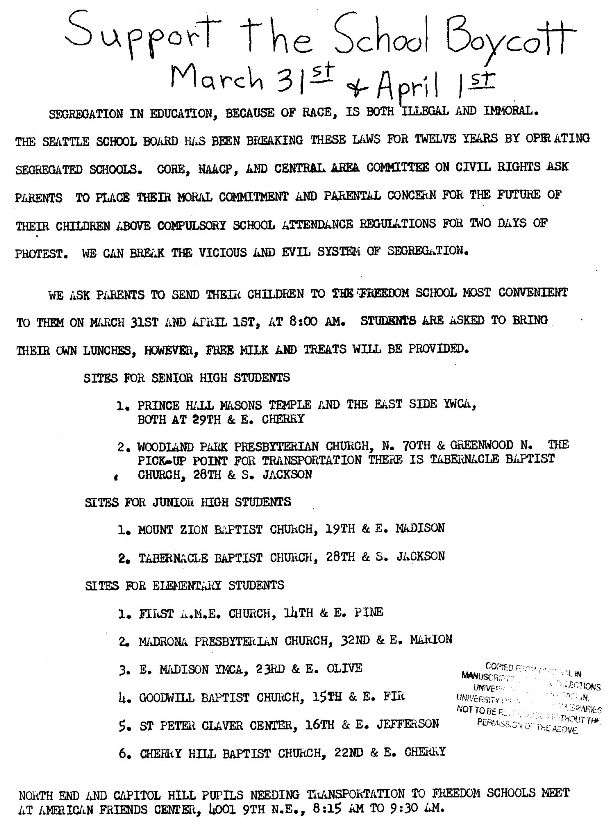 The Central Area Civil Rights Committee stood for fair housing, equal employment, and integration of public schools.  It was involved in a number of campaigns to bring all of that to Seattle, but perhaps the most significant and contested of these was the integration campaign that began in 1964 and lasted through the dissolution of the organization in 1968.

While CACRC remained strong in its position on integration, a growing number of blacks in the community were beginning to disagree with the strategy.  Many blacks in the Central District resented the CACRC for claiming to speak on behalf of all civil rights activists when new factions were emerging with different priorities for the civil rights agenda.  The issue of school integration remained a contentious one, and by 1968 the infighting amongst civil rights leaders had become so significant that the CACRC had lost its position as the “single voice” of the movement.