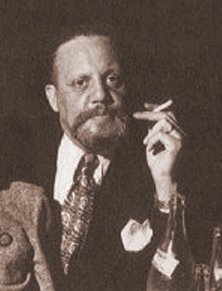 Horace Roscoe Cayton, Jr., was the son of Horace and Susie Cayton and the grandson of Hiram R. Revels, the first black U.S. Senator. After graduation from Seattle’s Franklin High School and the University of Washington, Cayton attended the University of Chicago. It was in Chicago that his career as a sociologist was defined. He was “determined to learn all there was about the Negro community.” Teaching assignments at Tuskegee and Fisk University broadened his knowledge.

Returning to Chicago after his teaching sojourns, one of his first in-depth research efforts was interviewing black policemen on Chicago’s police force. His first book, written in collaboration with economics professor George S. Mitchell, was Black Workers and the New Unions. Cayton and Clair St. Drake, a social anthropologist, co-authored Black Metropolis which was published in 1945. The book was based largely on data collected from a major research project ostensibly developed to investigate juvenile delinquency but was, in reality, a vehicle to study the social structure of Chicago’s entire black community (Cayton-Warner Research Project). Still considered a landmark study, Black Metropolis won the Anisfield-Wolf Award for best book published on race relations.

During his career, Cayton was a columnist for the Pittsburgh Courier, wrote articles and reviews for numerous major publications, and served as Director of Chicago’s Parkway Community Center. Horace Roscoe Cayton, Jr. rarely visited Seattle after his original departure. Born on April 12, 1903, he died in Paris in January 1970 while attempting to gather data for a Richard Wright biography.