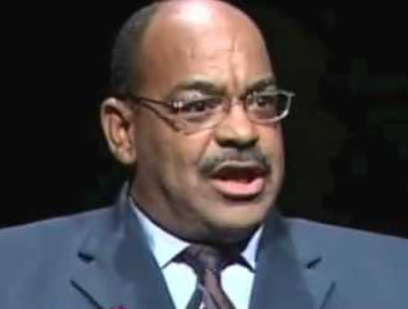 Herb Cawthorne, teacher, community leader, and news reporter, was born in Omaha, Nebraska, to Roosevelt and Edythe Odrene Cawthorne in June 1947. He is the youngest of four children, including John, Elsa, and Edythe. He attended North Des Moines High School in Omaha from 1962 to 1966, and after a five-year gap, he began attending the University of Oregon where he studied communications and teaching.

Following graduation, Cawthorne taught communications, literature, speech, and writing at the University of Oregon. During this time, he also was the director for the Center for Self-Development, a place where low-income students could go to learn Basic English. In 1977 Cawthorne became the director of the Equal Opportunity Project at Portland State University, which assisted educationally-disadvantaged students, and the Office of Special Services where he counseled black students.

In 1980 Cawthorne was elected to the Portland Board of Education. He opposed the busing of African-American children to promote racial integration and instead worked to improve predominantly black schools by providing them increased staff and funding. Cawthorne also became a local radio and television personality, hosting Here and Now, a popular weekly talk show that addressed social and political issues affecting Portland.

In 1985 Cawthorne was named CEO of the Portland Urban League, a post he held for two years. During this time, Cawthorne promoted the self-help philosophy as the League acquired numerous properties to provide it with long-term consistent income. Ultimately, the venture failed, tarnishing the League’s heretofore solid financial reputation.

Despite the problems in Portland, the San Diego Urban League selected Cawthorne to become the new president of the chapter in 1987. Cawthorne reduced the staff to save money and took other cost-saving measures. He also took controversial stands, including opposing the renaming of Martin Luther King, Jr. to its original name, Market Street, despite a popular vote urging restoration of the name. To protest, he called for a boycott of San Diego conventions and held a funeral procession for the retired street sign. Cawthorne also supported efforts to aid youth at risk for gang involvement.

On June 7, 1989, Cawthorne unexpectedly resigned from his Urban League position. The League later sued Cawthorne for $13,000 in misused funds, claiming deceit and fraud. They charged that Cawthorne had used the money for his personal benefit. Before filing the lawsuit, the League requested that Cawthorne repay the funds, but he defiantly refused.

In the wake of the controversy, Cawthorne founded the Cawthorne Company, a for-profit development firm, which mainly focused in Southeast San Diego. In late 1989, he became the San Diego Chamber of Commerce vice president but unexpectedly resigned after four months.  He later became president of the Black Federation of San Diego for a short time.

In 1990 Cawthorne became a news reporter at local Channel 10 News, where he stayed until his retirement in 2003. He lives in San Diego with his wife, Sylvia Galvez, another local San Diego community leader. They have three children: Marvin, Mario, and Brandy. He has an older son, Jon, from a previous marriage. Cawthorne still works, mainly on issues concerning black history and contemporary political issues.