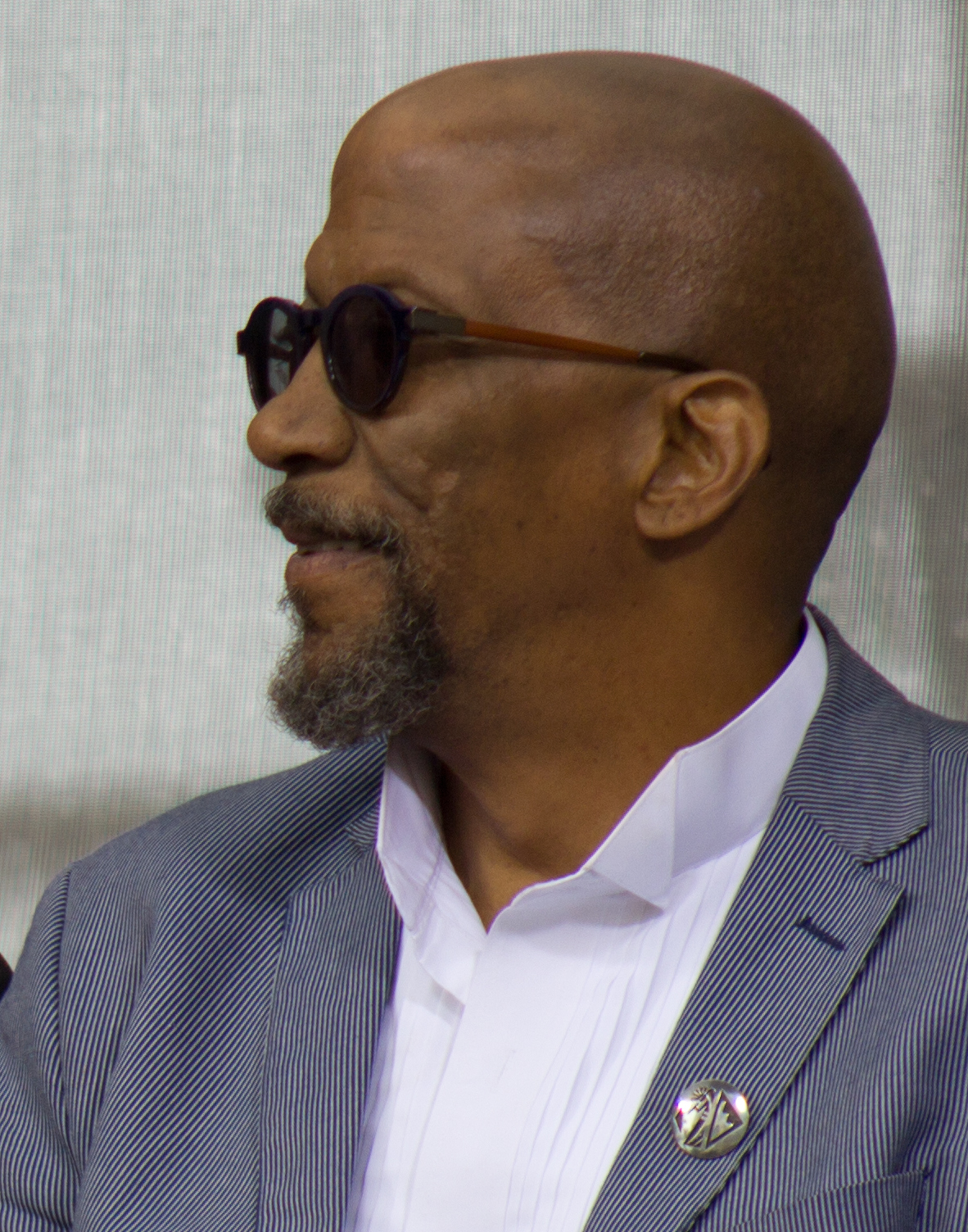 Best known for his roles as Norman Wilson, newspaper-man turned-political-operative in The Wire (2006 and 2008), and as Freddy Hayes in House of Cards, owner of the BBQ joint frequented by Frank Underwood (Kevin Spacey), both HBO series, Reg E. Cathey was a well-known character actor.  Nominated three times, Cathey finally won an Emmy in 2015 for outstanding guest actor in a Dramatic Series.

Reg Cathey, whose legal name was Reginal Eurias Cathey, was born August 18, 1958, in Huntsville, Alabama. His father Red Cathey was an Army colonel; his mother worked for the Department of Defense and was an educator. He had one sister, Donza Cathey.  From a military family, Cathey traveled extensively, though he spent his early years on a rural farm in West Germany where he watched American TV dubbed in English. At age nine he became interested in theatre. Also, at the time, he began playing the saxophone.

Upon returning to the U.S., the family moved back to Huntsville, Alabama.  Cathey graduated from J.O. Johnson High School, Huntsville, Alabama, where he acted in the play To Kill a Mockingbird. In 1976 at age eighteen, he left Alabama to attend the University of Michigan from which he received a Bachelor of Fine Arts four years later. From there he went on to study acting at the Yale School of Drama, receiving a Masters in Fine Arts in 1982.  In New York he realized his lifelong passion in the theatre.  Though he spent a decade working in Los Angeles, California, he felt it was “psychically traumatizing,” preferring the city of New York where he honed his craft.

His first film appearance was in the 1984 movie A Doctor’s Story, starring Howard E. Rollins.  In 2009, he joined the theatre world, his first love, playing “Red” Redding in the London, UK production of Steven King’s Shawshank Redemption, the film role later played by Morgan Freeman, and in the musical version of Shakespeare’s The Tempest, in which he played Prospero.

Cathey’s acting career spanned three decades. He appeared on stage, screen and television. He played non-stereotypical, diverse characters, and authority figures.  In a 2016 article in the British newspaper The Guardian, he said that his career took off after Barack Obama was elected President because people could accept the idea of a well-spoken black man.  Among his many TV roles were as Baron Samedi in Grimm (2011); Rutherford Rice in 30 Rock (2010); and Defense Attorney Barry Querns in Law and Order, Special Victims Unit (1999). In Outcast he played Sheriff Giles, and in Oz played Martin Querns (both in 1997).  Some of his film roles included Dr. Franklin Storm in Fantastic Four (2015); Don King in Hands of Stone (2016) (uncredited); and in The Immortal Life of Henrietta Lacks (2017).

Cathy was noted for his rich baritone voice and his subtle sense of humor.  He died at age 59 of lung cancer in his New York City on February 9, 2018.  He is survived by his girlfriend Linda Powell, his sister Donza Cathey Friende, his stepmother Maureen Davis Cathey, and two stepbrothers Jerry Davis and Maureen Davis.