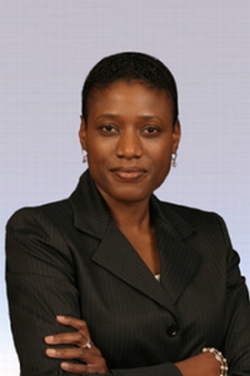 Cassandra Quin Butts is Deputy White House Counsel to President Barack Obama on issues relating to civil rights, domestic policy, healthcare, and education.  She brought seventeen years of experience in politics and policy to her position.  She is a long-time friend of the President, acting as an advisor during his term in the U.S. Senate and throughout his presidential campaign. Additionally, she served as a member of the presidential transition team.

Butts was born on August 10, 1965, in Brooklyn, New York, and at age nine moved to Durham, North Carolina.  She graduated from the University of North Carolina (UNC) at Chapel Hill with a BA in political science. While at UNC she participated in anti-apartheid protests.  She entered Harvard Law School in 1988 where her friendship with future President Barack Obama began when both were filling out forms in the student financial aid line.   Butts continued her activism at Harvard where she joined in protests regarding hiring practices for faculty of color.  She received a JD from Harvard in 1991.

The first black woman to function as Deputy White House Counsel gradually rose to prominence  Her first job was as a counselor at the YMCA in Durham, North Carolina, and after graduating from UNC she worked for a year as a researcher with the African News Service in Durham.  For six years she was a registered lobbyist with the Center for American Progress (CAP), rising to Senior Vice President.

Butts served as an election observer in the 2000 Zimbabwean parliamentary elections and was a counsel to Senator Harris Wofford of Pennsylvania.  Butts then performed litigation and policy work as assistant counsel for the National Association for the Advancement of Colored People (NAACP) Legal Defense and Educational Fund, Inc., where she worked on civil rights policy and litigated voting rights and school desegregation cases.  She spent seven years working as a senior advisor to U.S. Congressman and Democratic Majority Leader Dick Gephardt of Missouri.  Working with Gephardt honed her political skills with her appointment as policy director on his 2004 presidential campaign, during which she helped formulate a universal health care plan. She also was his principal advisor on matters involving judiciary, financial services, and information technology issues.  By 1998 Butts provided strategic advice to the Majority Leader on a range of issues including the 1998 presidential impeachment and legislation relating to the terrorist attacks of September 11, 2001.  While working for Gephardt she helped draft the groundbreaking September 11th Victim Compensation Fund of 2001.