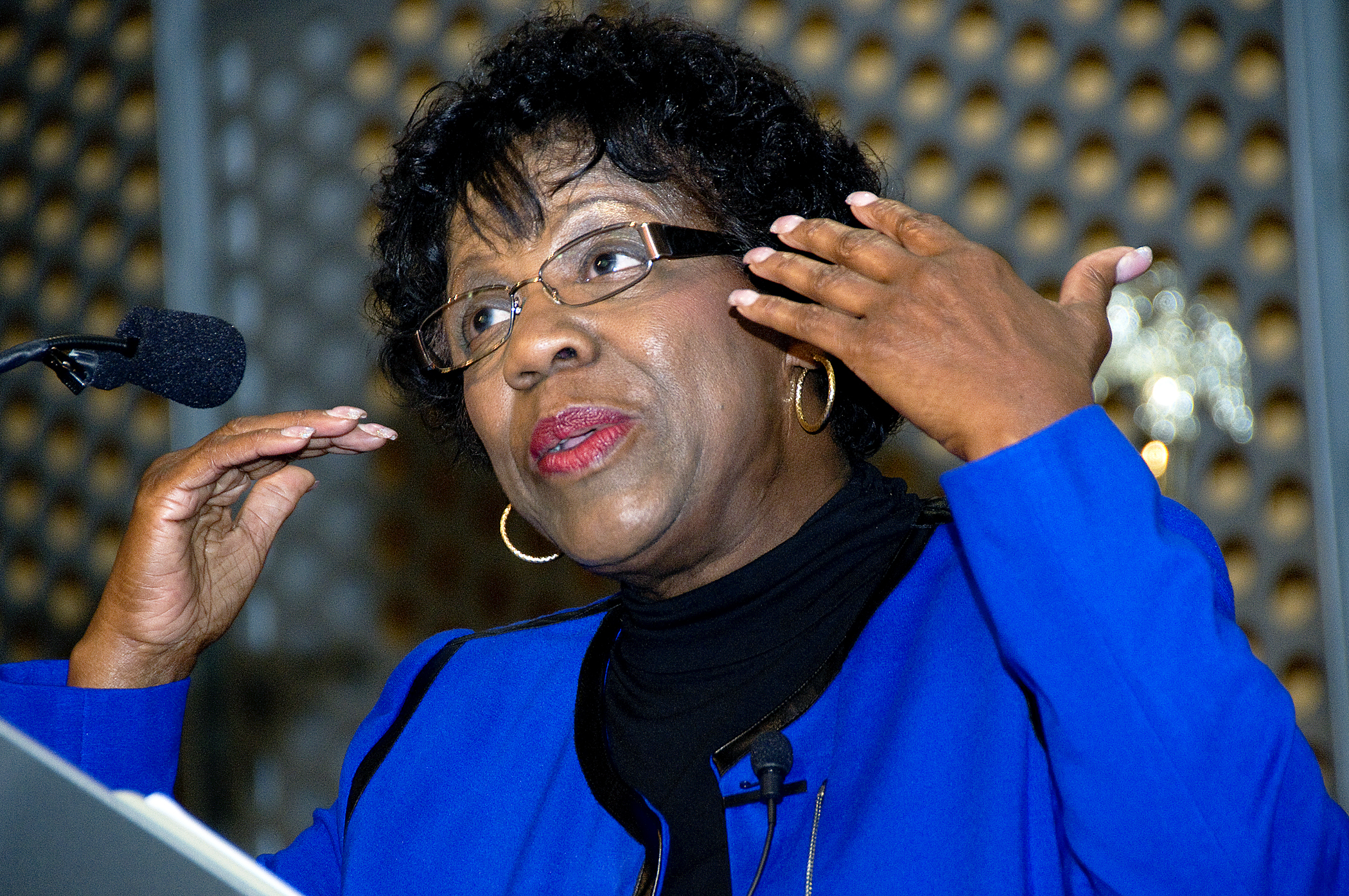 Margaret Louise Carter, the first African American woman elected to the Oregon State Legislature, was born in Shreveport, Louisiana on December 29, 1935. Carter and her eight siblings were raised by Reverend Hilton Hunter, her Baptist minister father, and her mother Emma, who was a school cafeteria employee.

Carter was educated in Shreveport’s public school system and was high school salutatorian before accepting a music scholarship at Grambling State College.  She dropped out after two years to marry and start a family.  In 1967, Carter filed for divorce and moved her five daughters to Portland, Oregon.

Carter went on welfare to support herself and her family while taking classes at Portland State University (PSU).  She graduated in 1972 with a degree in education.  The following year she received a M.Ed. in Educational Psychology from Oregon State University.  After graduation Carter accepted a position as counselor at Portland Community College (PCC) and began a period of civic involvements to improve the quality of life for residents in her northeast Portland community.

Margaret Carter’s career in politics began with Oregon’s 1983 redistricting plan which placed a large bloc of African American voters in northeast Portland in State House District 18. A coalition of business and community leaders recruited Carter to run for the seat.  Carter won the May 1984 Democratic primary and beat her general election opponent, Republican Chad Debham, by a 5-1 ratio in November. On January 14, 1985, State Representative Margaret Carter was sworn into office, beginning a 24 year legislative career.

While in the State House Carter sponsored the bill to establish Oregon’s Martin Luther King Jr. Holiday and engineered the divestiture of state funds in overseas companies supporting apartheid in South Africa.

In 1996, Carter was chosen Oregon Democratic Party Chair, which was another first for African American women west of the Mississippi.  Four years later she was elected to the State Senate and in 2005 became the first African American to be selected Senate President Pro Tempore in Oregon. During much of this time, Carter was CEO of the Urban League. In the summer of 2006, when Carter served as president of the National Organization of Black Elected Legislative Women, she hosted the group’s 21st Annual Conference in Portland.

State Senator Carter resigned from the legislature on August 31, 2009, to accept Governor Ted Kulongoski’s appointment as Deputy Director of the Oregon Department of Human Services (DHS). She held the post until February 1, 2012 when the agency’s restructuring moved Carter to the newly created position of director of community engagement.  In October 2011, her former employer, Portland Community College, named its new technology building after Senator Carter and in April 2012 she was elected to the Oregon Historical Society’s Board of Directors.