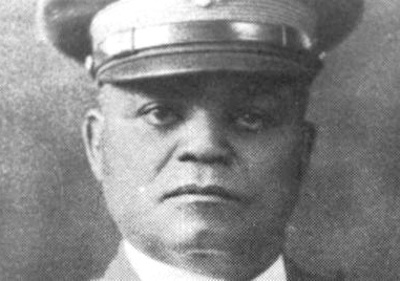 Born on February 20, 1876, in Auburn, Alabama, Louis Augustus Carter was the second African American Army chaplain to be promoted to colonel. Carter received his early education in a local public school, attended Tuskegee Institute (now Tuskegee University) from 1895 to 1897, and Selma University from 1897 to 1900, but he did not graduate from either institution. Then, from 1901 to 1904, he was a special student at the Virginia Union University Theological School and graduated with a Bachelor of Divinity degree. Carter returned home to Auburn, Alabama, to be ordained in 1904 and served as pastor for several churches in Alabama, Virginia, and Tennessee for the next eleven years. After attending the Guadalupe College of Texas, he was awarded a Doctor of Divinity degree in 1907.

In 1909 Carter married Mary B. Moss, and in 1910, he enlisted into the United States Army. After his initial training, he applied for an appointment as chaplain of one of the four regular Army regiments for African Americans. He acquired letters from several lawyers, ministers, the president of the East Tennessee Banker’s Association, the current and former mayors of Knoxville, and two members of the United States House of Representatives. At the age of thirty-four, in April of 1910, Carter became the eighth African American minister to be appointed as a regular Army chaplain. He was appointed at Madison Barracks, New York.

Aside from his regular duties as chaplain, Carter also served as a post schoolmaster and librarian. He was deeply involved with his troops. In 1913 he helped to raise funds for a soldier charged in a murder case. That soldier was freed on the grounds of self-defense. In 1915 Carter secured a location and funds to build housing for soldiers’ families. He also instituted “Letters to Mom,” annually, before Mother’s Day. Carter received the Mexican Border Service Medal, World War I Victory Medal, and Expert Badge with a Pistol Bar.

In 1926 Carter was awarded his second Doctor of Divinity degree by the Western University in Kansas. Later on April 29, 1936, in Arizona, Carter was promoted to colonel, and later had a street named after him on the base. He retired in February 1940 after thirty years of service. During his time in the Army, Carter served all four of the Army’s black regiments, with the 9th Cavalry at Camp Harry J. Jones (NY), the 10th Cavalry at Fort Huachuca (AZ), the 24th Infantry at Fort Benning (GA), and the 25th Infantry at Camp Stephen D. Little (AZ). He also served in Vermont, Kansas, the Philippines, and at the Nogales and Douglas bases, both located in Arizona. At Fort Huachuca, he served as post chaplain from 1913 to 1915 and again from 1935 to 1940. Fort Huachuca was the largest military base in America for African American soldiers from 1892 to 1951 when the last of the racially segregated bases were disbanded.

Colonel Louis Augustus Carter died on July 16, 1941, in Tucson, Arizona, survived by his wife, and was buried on the Fort Huachuca base Cemetery.