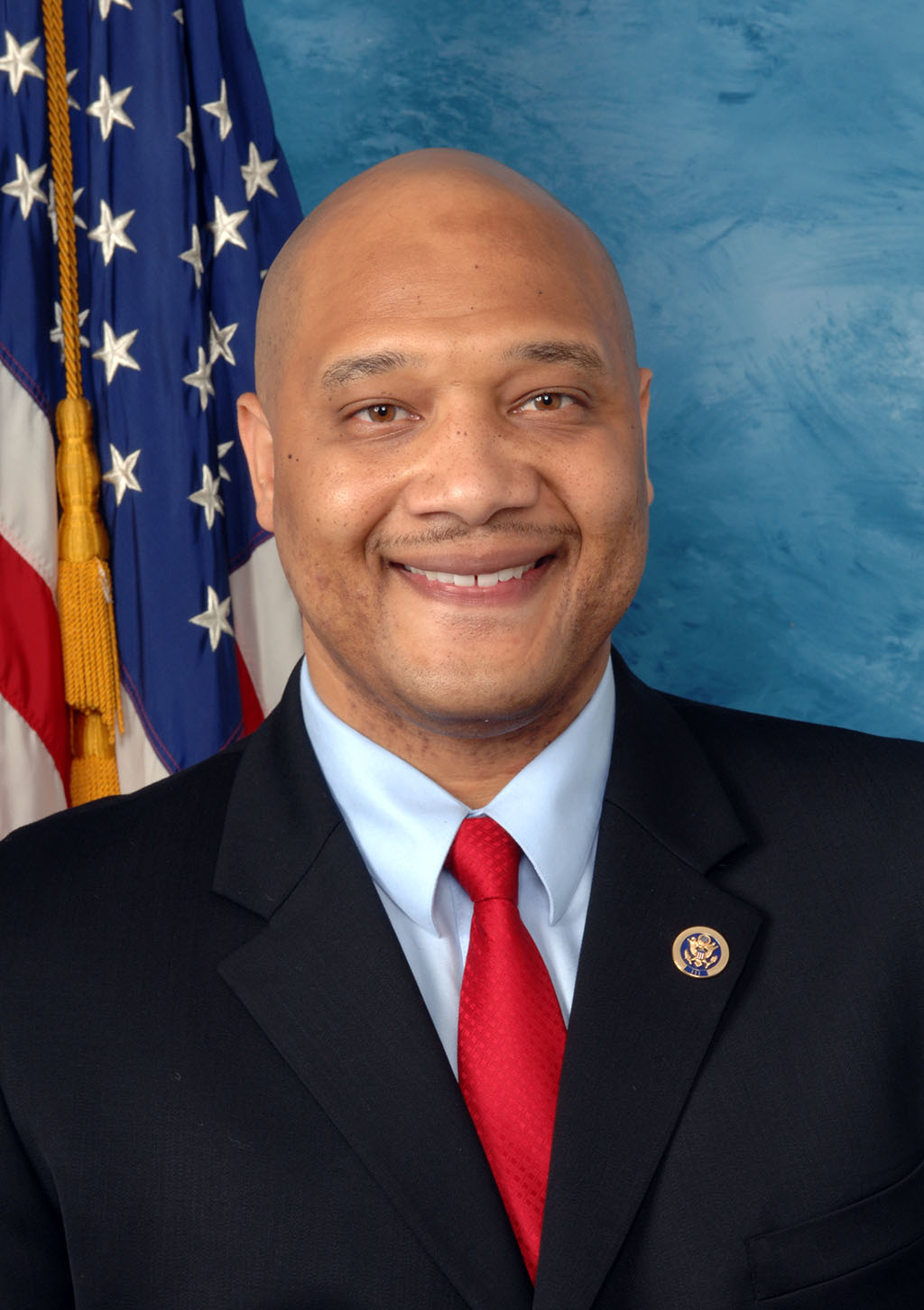 Andre Carson, an African American politician and only the second Muslim to be elected to the U.S. Congress, was born on October 16, 1974 in Indianapolis, Indiana.

Carson attended Arsenal Technical High School in Indianapolis where he developed a passion for law enforcement and for public service partly because his grandmother, Julia Carson was the Congressional Representative in the district before he was elected.  Carson earned a bachelor’s degree in Criminal Justice Management from Concordia University in Wisconsin and a master’s degree in Business Management from Indiana Wesleyan University.

At first Carson’s career was oriented toward law enforcement. He served as a Local Board Investigative Officer for the Indiana State Excise Police for nine years and then in 2006 became a member of the Indiana Department of Homeland Security’s Intelligence Fusion Center where he worked as part of an anti-terrorist unit.

His career in politics began when he served on the Indianapolis City County Council in 2006 and as a board member of the Citizen’s Neighbourhood Coalition. In both roles he worked to improve local schools and support local businesses. He was first elected to the United States House of Representatives in March 2008 in a special election to fill the vacancy created by the death of his grandmother, Julia Carson.  He was 34 at the time.  In 2009 Carson was elected to a full term representing the 7th congressional district of Indiana and continues to represent the district. He serves on the Financial Services Committee which oversees all components of the nation’s housing and financial services sectors.

Throughout his political life, Carson has proven his commitment to economic growth, comprehensive healthcare reform, and the creation of a clean energy economy. Carson is also deeply committed to effective law enforcement, having supported the reinstatement of the COPS program which would mean an extra 50,000 police officers across the nation as well as writing a bill to help with the successful transition of ex-convicts back into society.

Carson is married to professional educator Mariana Carson, and has a daughter named Salimah.