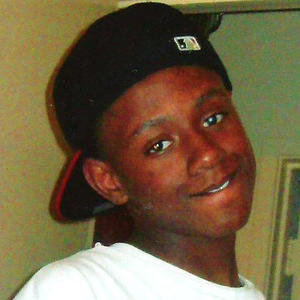 Born in Champaign, Illinois on July 14, 1994, Kiwane Carrington was 15 years old when he was shot and killed by a Champaign police officer in 2009. The son of Rita Williams and Albert Carrington, he was a student at the READY Program School where he enjoyed working on computers and playing basketball.

Carrington’s mother Rita Williams passed away from pancreatic cancer in 2008, and Rhonda Williams, his aunt, had welcomed him into her home. On October 9, a rainy October afternoon, Carrington had forgotten his key to his aunt’s house. His class for the Regional Educational Alternative for Developing Youth program was canceled for the day, and he had no other plans. Locked out of that home, Carrington and his friend, Jeshaun Manning-Carter, made their way to the backyard with hopes of finding cover to get out of the rain.

A suspicious neighbor, who noticed the teens assumed they were attempting to break into the home, called the police and reported a burglary-in-progress. Champaign Police Chief R.T. Finney was the first to respond to the call and found the two boys in the backyard. Finney demanded that they get on the ground of the muddy yard. Knowing that he and his friend had done nothing wrong, Kiwane Carrington attempted to walk away. Finney reportedly grabbed Carrington, initiating a physical struggle between the two.

When Officer Daniel Norbits, a 14-year veteran of the Champaign police force, arrived at the Williams home, he did not know whether the boys were armed, but he drew his pistol as a precaution. Norbits stated that he fired his gun accidentally; the bullet had went through Carrington’s left elbow and into his heart. Within an hour of the initial confrontation, Carrington died at the Carle Foundation Hospital in Urbana, Illinois. Later, Champaign County’s State Attorney, Julia Reitz, announced Norbits would not be charged because the shooting was an accident, and there was no evidence that he intentionally fired his weapon.

It was later discovered that Officer Norbits was also involved in the Greg Brown case in 2000, where Champaign police officers physically beat Brown, a disabled man, in an alley.  Brown later died of a heart attack because of the beating.

On October 14, 2009, a vigil was held outside of Rhonda Williams’s home to honor the life of her nephew, Kiwane Carrington. Hundreds of youths and community members showed up to pay their respects to their fallen friend and loved one.

In October 2010, Jeshaun Manning-Carter filed a lawsuit against the city of Champaign. In the suit, Manning-Carter and his mother contended that Chief Finney was the one guilty of shooting and killing Carrington, not Norbits. All six counts of the lawsuit were later dismissed by Judge Michael Q. Jones. The Kiwane Carrington case helped inspire the Black Lives Matter movement.