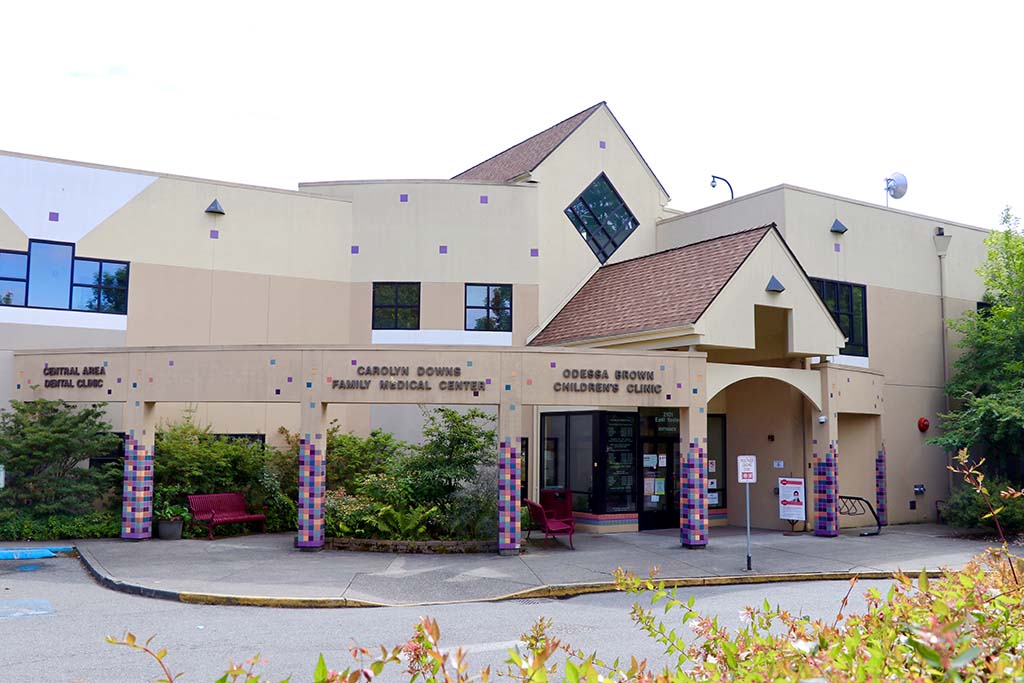 The Carolyn Downs Family Medical Center is a government funded medical clinic that provides primary care services located in the heart of the Central District of Seattle, Washington. It was founded by Leon “Valentine” Hobbs in 1968 and further developed through Seattle Black Panther Party community services program. The Party saw health care as a right and was committed to making it more accessible to all people. Providing medical clinic services and food programs were among the original community services that the Black Panther party helped to develop in Seattle.

Leon Hobbs was born in New York and lived there for most of his life before moving to Seattle to join the Seattle Black Panther Party. Leon Hobbs helped to develop the clinic’s sickle cell anemia testing program that screened thousands of people in the local community as well as prisoners in Walla Walla, Washington. In 1972, Hobbs left Seattle and joined the first Black Panther Party chapter in Oakland, California where he participated in community policing programs. He also served as a bodyguard for both founders of the Black Panther Party, Bobby Seale and later Huey Newton.

The Carolyn Downs Family Medical Center had originally been called the Sydney Miller Free Medical Clinic, but was renamed in 1978 after Downs, an early Black Panther community organizer who had died from breast cancer. In the same year the Black Panther medical program became a freestanding community clinic. From 1975 to 1994 the Carolyn Downs Family Medical Center operated in the Madrona neighborhood of Seattle.

In 1994, the Carolyn Downs Family Medical Center was relocated to its current site, 21st and Yesler in the Central District of Seattle. This was done in an effort to bring clinic services to where they were most needed in the community. This location is also share with the Odessa Brown Children’s Clinic. In 2010, the Carolyn Downs Family Medical Center partnered with the Swedish Family Medicine Cherry Hill Residency Program to train new family physicians who would join the community healthcare workforce.

In December 2013, the Country Doctor Community Health Centers partnered with the Swedish Medical Group, the largest medical complex in the Pacific Northwest and opened a third clinic located at 16th Ave and East Cherry Street.

The After-Hours Clinic serves patients when they may be unable see their regular provider or for non-emergency injuries. The Carolyn Downs Family Medical Center also provides an on-site pharmacy in addition to the primary care services the clinic provides.