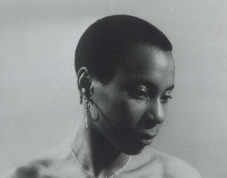 Carolyn Downs was a member of the Seattle, Washington Chapter of the Black Panther Party (SCBPP) founded by Elmer and Aaron Dixon in 1968.  She was born on May 18, 1953 in Marshall, Texas as the 13th child in a family of 16 children.  Her parents moved the family from Texas to Seattle in 1964.  She joined the SCBPP when she was 19 years old.  As a very dedicated SCBPP community organizer, she worked in all of SCBPP’s survival programs, organizing community dinners, driving buses for prison visitations, and cooking for free breakfast programs.  She also worked in the SCBPP’s Sydney Miller Free Medical Clinic established in 1969 to provide well-baby care and sickle cell anemia testing.  This free clinic in Seattle’s Central District served Seattle’s black community and was based on BPP’s principle that free health care is a right for all black and oppressed people.

In 1975 the SCBPP suspended the Sydney Miller Free Medical Clinic in order to establish a freestanding community clinic.  Elmer Dixon asked Carolyn Downs to work with him in obtaining funding for a freestanding clinic.  Funding for doctors and nurses was the biggest expense.  While the federal government provided funding to pay the salaries of doctors and nurses in underserved rural areas through the National Health Service Corps (NHSC), this funding was not available for underserved urban areas.  Elmer Dixon worked with five other community clinics in Seattle, including Country Doctor Community Clinic, International District Community Health Clinic, and Sea Mar Community Health Center, to document the need for NHSC funding in underserved urban areas.  With her exceptional organization skills, Carolyn Downs gathered data on the lack of doctors serving the black community and held community meetings to documenting the need for medical services in Seattle’s black community and community support for a free medical clinic.

As a result of the data collected jointly by the six community health clinics, in 1976 Washington’s Senator Warren Magnuson was able to amend NHSC legislation to allow NHSC fund to underserved urban areas. The Sydney Miller Free Medical Clinic applied for and received NHSC funding for doctors and nurses.  This funding along with the donation of a building allowed the Clinic to reopen in 1978 as a freestanding clinic.

Unfortunately Carolyn Downs died in 1978 when she was 25 years old because of health issues, just as the Clinic was moving into its new building in Seattle’s Madrona neighborhood.  Her premature death was due in part to large disparities in access to medical services that still currently exist.  To honor Downs’ dedication to the SCBPP and her role in establishing the freestanding clinic, it was renamed as the Carolyn Downs Family Medical Center in 1978.