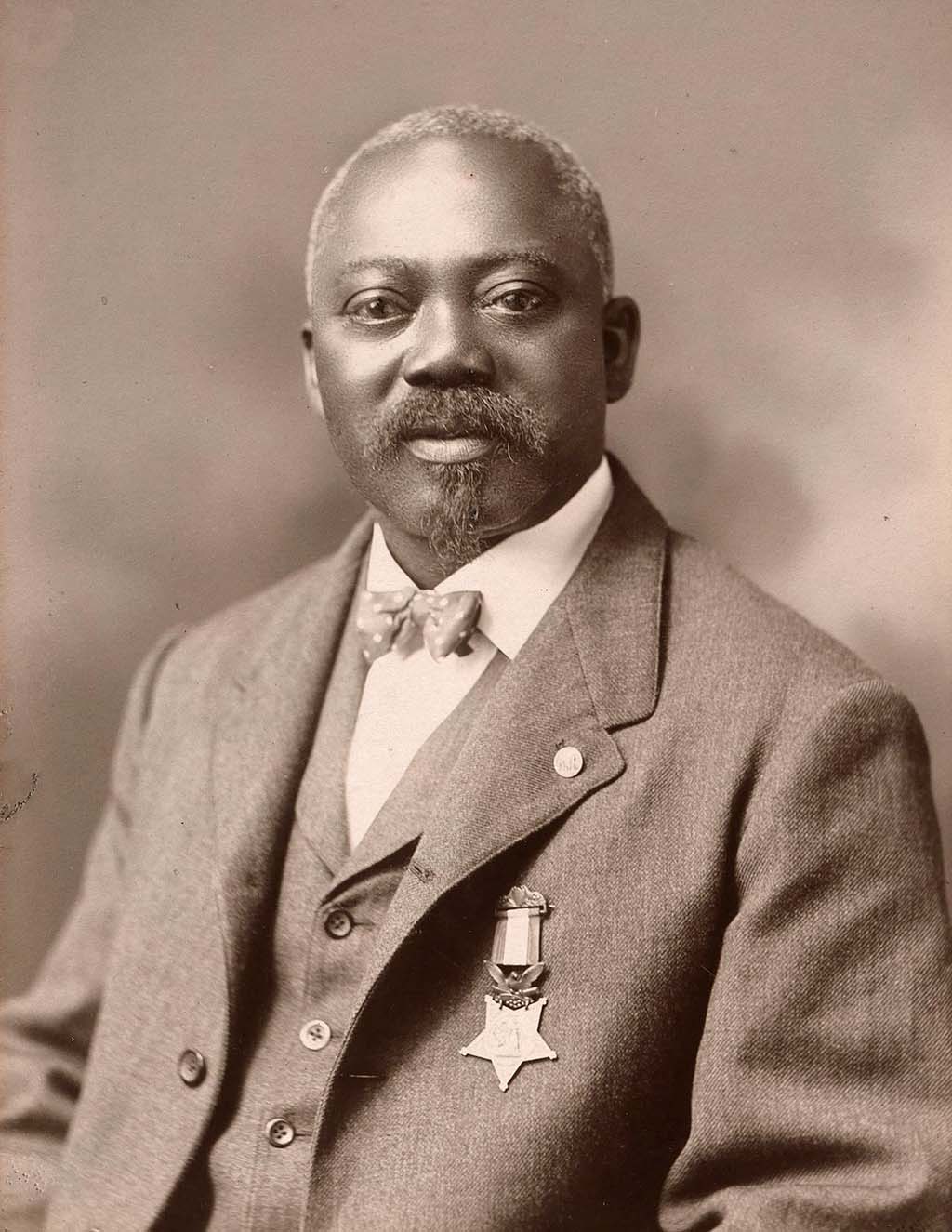 William Harvey Carney was born a slave in Norfolk, Virginia in 1840.  His father William Sr. had escaped slavery through the Underground Railroad and eventually earned enough money to buy the freedom of his wife and son.  After freeing his family, the reunited Carneys moved to New Bedford, Massachusetts. William Carney Jr. had intended to pursue ecclesiastical training with the intentions of becoming a minister.  Instead of following the call to preach he decided to enlist in the Union Army in 1863, following the Emancipation Proclamation, which for the first time in the Civil War, officially authorized the recruitment of black soldiers.  Recruited out of New Bedford, Carney joined the soon to be famous all-black 54th Massachusetts Infantry Regiment commanded by 26-year-old Colonel Robert Gould Shaw, the son of a wealthy Boston abolitionist.  Carney soon rose to the rank of sergeant due to his education and strong potential to lead others.

During the summer of 1863 the 54th Massachusetts was sent to James Island, South Carolina, where the unit saw its first combat. After two days of sleep and food deprivation the 54th Regiment was ordered into battle.  Shaw volunteered the 54th to lead the charge on the heavily garrisoned and fortified Fort Wagner.

During the battle Shaw was pinned down beneath the parapet of the fort and was desperately trying to rally his men forward.  As Shaw and the flag bearer were mortally wounded and began to fall, Carney seized the colors and prevented the flag from touching the ground.  He struggled up the parapet and, though wounded in the legs, chest, and arm, planted the colors at the top of the parapet.  Despite his wounds and the heavy gunfire around him, Carney was able to keep the flag aloft.  Carney and the rest of the 54th Massachusetts remained pinned down.  Only after reinforcements arrived was the beleaguered and decimated unit able to withdraw.  Struggling back to Union lines while still carrying the colors, Carney collapsed saying: “Boys, the old flag never touched the ground.”

After the battle Carney was discharged from the infantry due to his wounds.  For his act of heroism at Fort Wagner, Carney was awarded the highest military honor, the Congressional Medal of Honor.  Carney was the first African American to receive this award.  Upon his death in 1908, the flag at the Massachusetts state house was flown half mast in his remembrance, an honor usually given only to a deceased governor, senator, congressman, or US President.