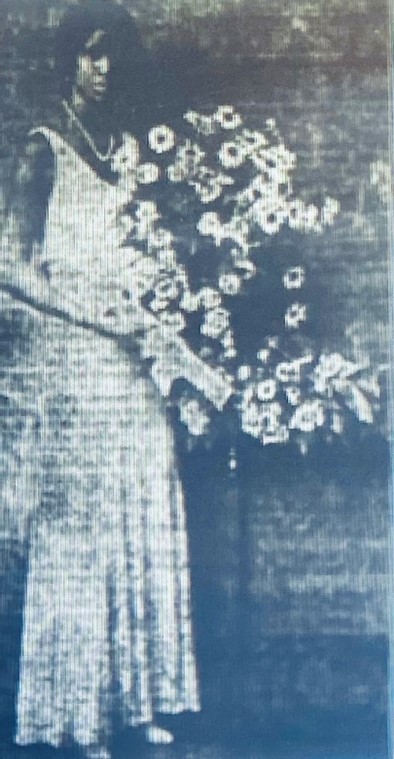 Classical pianist, mezzo-soprano, pedagogic Carmen Velma Shepperd was born on October 30, 1910, in Mona Heights, Kingston, Jamaica, to David N. Shepperd and Theresa Ann Rodriquez Shepperd, a music school administrator and seamstress, respectively. However, she was reared in New York City where she attended public schools. Sheppard began studying the piano at six and at 14 when she was a student at Harriet Beecher Stowe Junior High School for Girls, she was a “Silver Medal” winner in the Music Week Competition in New York.

In 1928, Shepperd graduated from the Wadleigh High School for Girls, the first public high school for girls in New York City. After graduating, she was accepted into the Piano Performance Diploma program at the Damrosch Institute/Institute of Musical Art (now Juilliard School of Music). During her studies, she also established the Carmen Shepperd School of Music on West 147th Street in Harlem in 1930. The Shepperd school was awarded a service medal in 1931 by the New York Music Week Association at a Carnegie Hall event. Also, she received the Certificate of Maturity in the artists and teachers courses from the Institute of Musical Art, the result of her graduate work for the concert stage.

Shepperd finished the Piano diploma in 1932 and received a voice and performance diploma in 1934 with Mme. Lucia Dunham, former singer and voice coach with the Paris Opera. In addition, she was inducted into the Rho Chapter of Delta Sigma Theta Sorority and through most of her career, she was an active member of the New York Chapter of the National Association of Negro Women and the National Association of Negro Musicians

Upon returning from France to the United States in 1948, Shepperd gave numerous recitals, concentrating on the works of African Americans composers. She sang works by selected Black composers, including Harry Burleigh, Margaret Bonds, and William Grant Still, and performing them in New York’s Town Hall and Carnegie Hall. In 1980 Shepperd as a pianist accompanied Butterfly McQueen, in a classical music concert in Brooklyn.