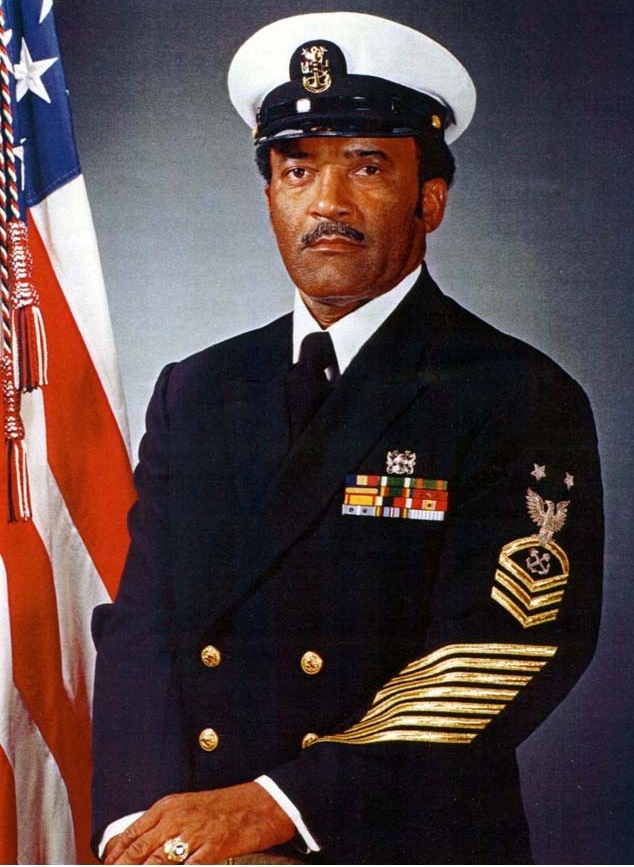 Carl Maxie Brashear was a United States Navy sailor and master diver. Brashear was born on January 19, 1931, to McDonald Brashear and Gonzella Brashear in Tonieville, Kentucky. Brashear’s family later relocated to a farm in Sonara, Kentucky, where he attended the local grade school but dropped out in the seventh grade to help on the family farm. Brashear also worked as a gas station attendant in Sonora for a brief time.

At age seventeen, Brashear attempted to enlist in the navy, but was first rejected and then later accepted. On February 25, 1948, Brashear began attending the U.S. Navy Diving and Salvage School located in Bayonne, New Jersey, where he learned diving and graduated in 1954. Despite harassment including racial slurs from his classmates, in 1955 he became the first African American to graduate from the school. With his graduation he also became the first African American salvage diver in the military. His assignments included retrieving sunken planes, ships, and World War II torpedoes, which he sometimes had to detonate.

In 1960, Brashear received his high school equivalency diploma. That same year, he entered the navy’s deep-sea diving school. Although he failed the courses in the science component that included mathematics, medicine, and physics, he performed exceptionally well in other areas and finally graduated in 1964 as a first-class diver.

On January 17, 1966, while on broad the U.S.S. Hoist of the coast off Palomares, Spain, Brashear helped recover a hydrogen bomb from a bomber that crashed into the Mediterranean Sea. As the bomb was lifted onto the ship, a heavy steel pipe broke and hurtled toward Brashear and other men on deck. Brashear pushed the other men out of the way to save them. The pipe struck his left leg, causing him to lose so much blood that he was nearly pronounced dead when he arrived at a local hospital. Yet he survived and was later transferred to Portsmouth (Virginia) Naval Hospital (now Naval Medical Center Portsmouth), where his leg was amputated. Brashear remained at the hospital for almost a year recovering from the amputation.

After recovery, Brashear was assigned to the Norfolk Harbor Clearance Unit Two, where he returned to active diving duty in 1967. A year later, he became the first amputee to be recertified as a navy diver.

In 1970, Brashear became the first African American to become a master diver. Nine years later, he retired from the navy as a master petty officer and master diver. He later served as a civilian employee for the government at Naval Station Norfolk (Virginia), retiring from that position in 1993. In 2000, the film Man of Honor, based on Brashear’s life and starring Cuba Gooding Jr., was released.