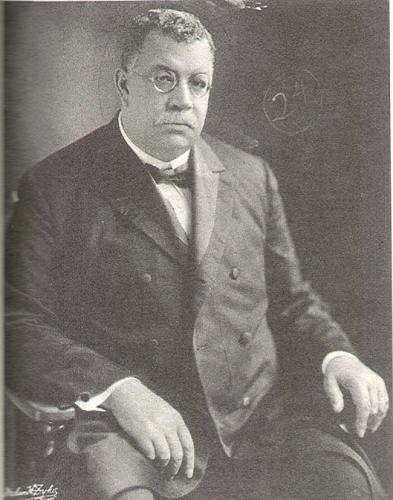 Archibald James Carey Sr. was born in Atlanta, Georgia born on August 25 1868. The son of Anna Bell Carey and Jefferson Alexander Carey, he grew up in a religious family where his father and grandfather both ministered for the African Methodist Episcopal Church (AME). Carey’s father was also president of the Black Republican organization in Atlanta during Reconstruction. In 1877, Carey experienced a spiritual transformation to Christianity and became a member of the AME church at the age of nine.

Archibald Carey’s first pastoral assignment was at Bethel AME Church in Atlanta, Georgia in 1891. He served four years there and then was appointed to pastor Mount Zion AME Church in Jacksonville, Florida. In 1898 Carey moved north to pastor Quinn Chapel AME church in Chicago, the oldest black church in the city. He built a strong reputation as both a powerful and talented preacher and speaker and maintained political connections with the Republican Party for which he frequently campaigned.

His political connections led to his appointment in 1915 by Illinois Governor Edward Dunne to head the fiftieth anniversary state celebration of emancipation. He later served as chaplain of the all-black Illinois 8th Regiment during World War I.

Although Dunne was a Democrat whom Carey had supported in 1912, he was most identified with powerful Republican Mayor Bill Thompson who was elected with his support in 1915. Thompson appointed Carey as the chief examiner of claims for the city of Chicago. He was also appointed to the Chicago civil service commission where he used his influence to promote the hiring of African American police officers.