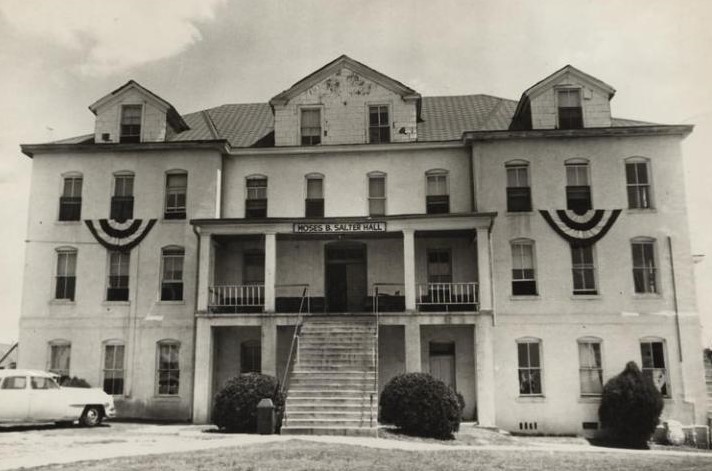 Campbell College, a now-defunct AME college in Mississippi, was founded in 1890 by the African Methodist Episcopal Church and named in honor of one of its bishops, Jabez Pitt Campbell.  The college was originally located about one mile from the center of Vicksburg, Mississippi in Bethel Church, until it moved in 1899 to a site across the street from what was then Jackson State College in Jackson, Mississippi.

Campbell College was established as a grammar school and junior college with the main purpose of educating Black youth in the state of Mississippi.  Although the school accepted all, regardless of denomination, it considered itself a “Christian institution of learning” and imposed strict standards of behavior on its students based on Christian principles.  In addition to daily class prayers, the bible was a required textbook used for daily classwork and mandatory church service and Sunday school.

Though Campbell suffered from financial problems and low enrollment throughout its history, the school was quite active in the civil rights movement of the 1960s. Unlike other Black colleges in Mississippi at the time, Campbell college was able to openly support the civil rights movement without fear of state retaliation because the private college did not rely on state funds and the AME doctrine supported full social equality for everyone.

Campbell College not only hosted civil rights events on its small campus:  its student body and faculty were active participants in the civil rights movement. Between 1960 and 1961, Campbell College became a center of political activism in the state of Mississippi.  On April 8, 1960, Mississippi’s field secretary of the NAACP and civil rights activist Medgar Evers held a press conference on Campbell College to announce a boycott that targeting white-owned businesses in downtown Jackson. The Easter boycott was organized by students of the college and led by dean of students Charles Jones and student body president Alfred Cook.  Johnny Barbour, Jr., a Campbell College student, was arrested and charged with ‘breach of peace’ for sitting in the whites-only section of a city bus during a bus sit-in in April of the following year.  In October of 1961, college President Robert Stevens allowed Black students from Burgland High School in Meridian, who were expelled for peaceful protests of police brutality, to enroll and complete their school term at Campbell when no other local schools would.  This did not sit well with white state officials.

By 1964, Campbell College was in deep debt and the campus was seized by the state.  The college closed its campus and was absorbed into what is now Jackson State University.