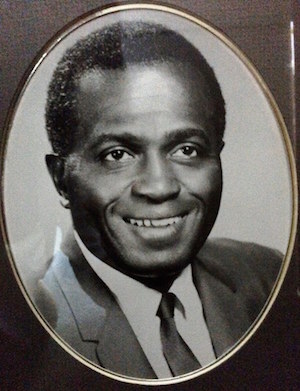 In the early 1950s Campbell met and married Naomi (Charner) Campbell, a Chicago, Illinois attorney.  They moved to Honolulu, Hawaii around 1955 where Naomi Campbell practiced law and became a Family Court Judge.  Meanwhile Charles Campbell by 1962 was a newscaster for KGMB in Honolulu. Campbell was also active in the Honolulu community. He served as advisor to Leilehua High School debate team and taught American history part-time at Farrington High School and Kaimuki High School in Honolulu.  Campbell also created the popular Junior-Senior Citizens Dialogue Living History where senior citizens were invited to high schools to talk about their lives with young students.

Charles Campbell continued to be active in civil rights and politics after he arrived in Hawaii. In 1964 he organized a statewide effort to send 90,000 post cards from Hawaii citizens to the U.S. Congress urging support of the Civil Rights bill then being debated.  He and Rev. Abraham Akaka also went to Washington, D.C. to personally lobby for the bill.  In 1965 Campbell went to Selma, Alabama to march with Dr. Martin Luther King and thousands of others over the Edmund Pettus Bridge which had been the scene of an attack by Alabama State Troopers on an earlier march led by now Congressman John Lewis.  The lei worn by Dr. King was from Senator Campbell.

In the late 1960s Campbell chaired the Civil Rights Conference of Hawaii and was Chairman of the Hawaii Advisory Committee to the U.S. Commission on Civil Rights.  In 1968 he became Chairman of the Democratic Party of Hawaii, the first and only African American to hold that post in the state’s history.

In 1968 Campbell was elected to the Honolulu City Council where he served until 1971. He was the first politician to used sign waving on street corners to gather votes in Hawaii. While on the Council he helped establish the medical school at the University of Hawaii, Manoa campus. His daughter Laurie Campbell was in the first graduating class of the UH Medical School. In 1976 he won the 17th District seat in the Hawaii House of Representatives.  While in the legislature he fought for open government and sponsored Hawaii’s first “sunshine law” which required that all government records be open to the public.  Two years later Campbell was elected to the Hawaii State Senate where he served a four year term.

Charles Campbell died in Honolulu, Hawaii in 1986.   He is survived by his wife, attorney Naomi Campbell, and his daughter, Dr. Laurie Campbell.