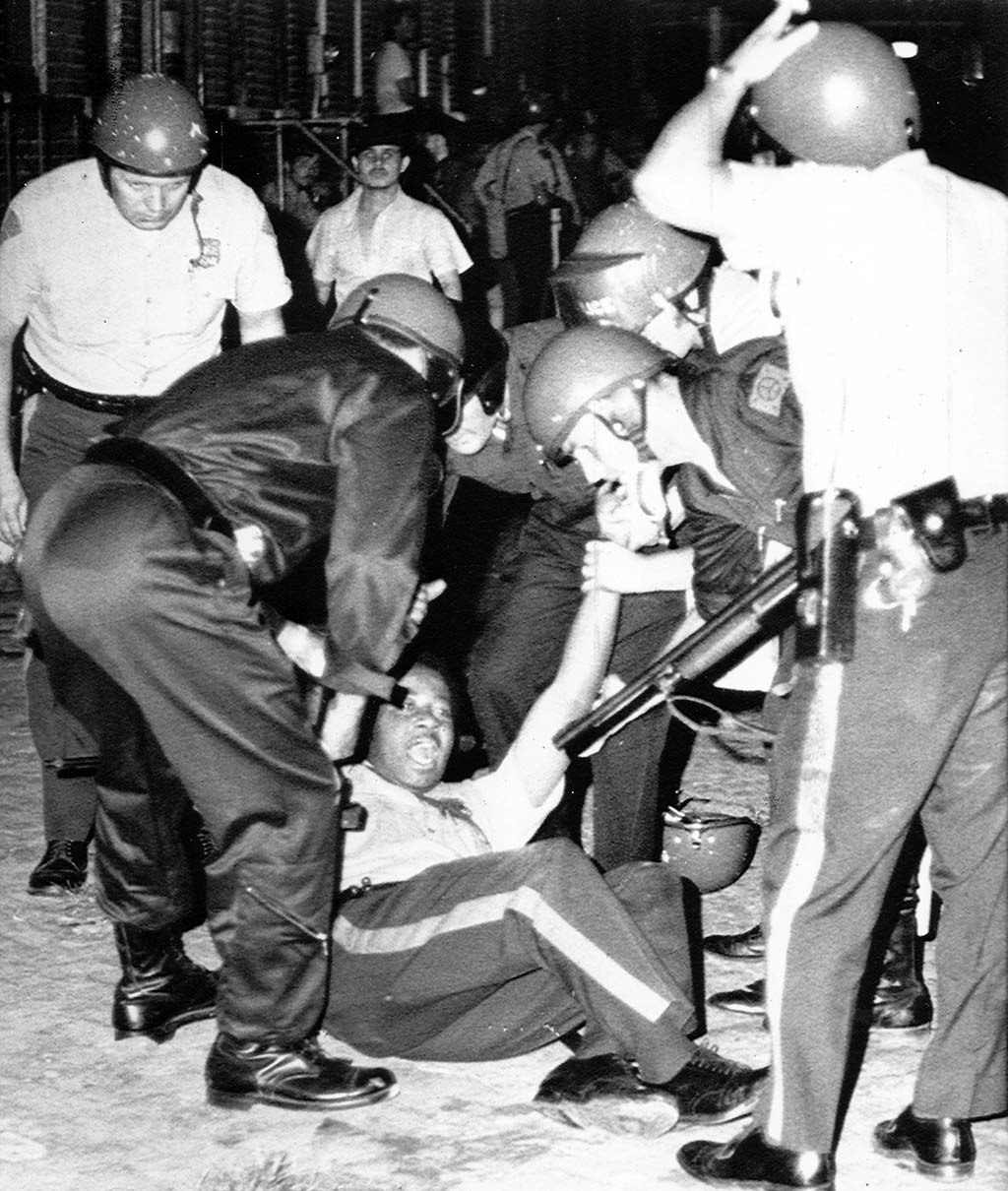 The city of Camden, New Jersey was the setting for two deadly race-related riots on September 2nd, 1969, and August 20th, 1971. Both riots were in response to alleged police brutality or murder, the victims being an unidentified young black girl, who was beaten by a white police officer in 1969, and Rafael Rodriguez Gonzales, a Puerto Rican motorist who was beaten and killed by other white officers in 1971. Protestors called for the punishment of the officers responsible; however, in both instances, those responsible never faced full justice.

At the time of the riots, the city of Camden was facing economic depression and rapid de-industrialization. Fifty years earlier, in the early years of the 20th century, the exact opposite was occurring, where Camden underwent a great population boom in response to industrial growth and job availability. Many of the newcomers were Southern blacks.

While this growth stagnated in the 1930s due to the Great Depression, it skyrocketed in the 1940s after the United States entered World War II. At this time, Camden was home of the New York Shipbuilding Corporation, the largest shipyard in the world, as well as Campbell’s Soup and the Radio Corporation of America (RCA), all of which greatly contributed to the war effort.

After the city’s economic peak in the early 1950s, Camden’s economy began to decline, as did many other “Rust Belt” cities. With the country’s decreased need for steel, and jobs moving south, Camden’s employment rate sunk. As jobs moved out of Camden, so did its middle class, mostly white residents, as the city saw a record loss in population in the 1950s. The poor including many African Americans, stayed.  As targets of a long history of job and housing discrimination, they had little choice. Crime and violence rose, exacerbating preexisting racial tensions and leading to the two race riots in Camden.

The first riot started on September 2nd, 1969, in response to rumors of  a white police officer beating a black child. That night, approximately 300 enraged Camden residents gathered outside of Cooper University Hospital where a rally began. A sniper then shot into the crowd, killing 15-year-old Rose McDonald and officer Rand Chandler. The killer was never identified, and for the next week, the riot continued, causing greater destruction in the already declining redlined district of Camden.

After the initial riot, the city was at relative peace for two years until on July 30th, 1971, when white police officers Gary Miller and Warren Worrel beat and killed, Rafael Rodriguez Gonzales (who identified himself to the police as Horacio Jimenez), a citizen of Camden with a Puerto Rican background. The city’s Hispanic population called for immediate justice, and for the suspension of the two officers responsible. When the city’s mayor, Joseph M. Nardi, took no action against the officers, another riot erupted.

Starting on August 20th, angered Hispanics and other Camden residents took to the streets, demanding justice for the unprovoked murder. The riot produced 15 fires, 87 injuries, 300 arrests, and one death, prompting mayor Nardi to finally take action against the officers responsible. Initially the officers were only charged with battery, but after much public pressure, they were charged with murder. The jury responsible for their fate, however, acquitted the officers, charging them both with only manslaughter.