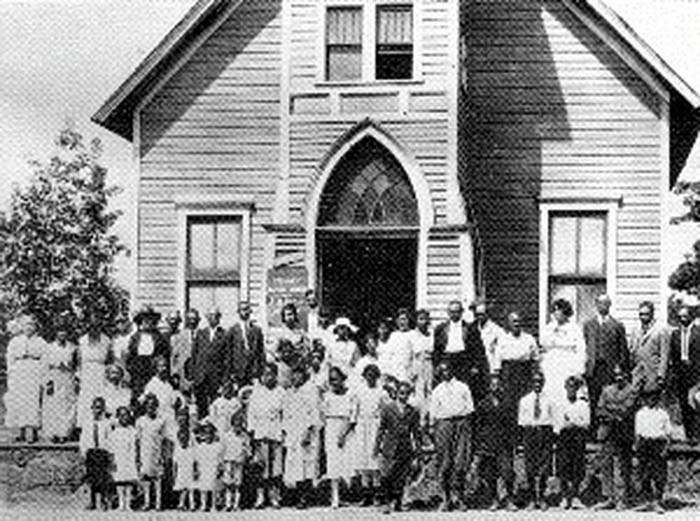 Early in 1890, in Spokane, Washington, a small group of African American citizens gathered “to consider the propriety of organizing a church.”  The name Calvary Baptist Church was adopted, and thus was founded the city’s first historically black church.  Its founding transcended race and gender, as the white “brethren,” along with the female pastor, from Spokane’s First Baptist Church provided both meeting place and sermon on that February day.  Ten years later, a local author noted that the venture “is requiring many sacrifices on the part of the little band… but they are a heroic, Christ-loving people, and will succeed.”  Early pioneer Peter Barrow had helped establish and was pastoring the church at the time.  By 1908, Rev. James McPherson had arrived “to work along practical as well as religious [lines] for the betterment of [our] race in this city.”

Emmett Reed served Calvary from 1919-1961, remembered as “a man ahead of his time” in understanding the needs of African American youth.  During pre- and early Civil Rights days, one historian claimed that Calvary “played a tremendous part in the stabilizing process by giving strength to its members so they could cope with the environment [in which] they were living.” The church was also the birthplace of many African American community, fraternal, and civic organizations.  In 1990, Calvary celebrated its 100th anniversary.  Rev. C.W. Andrews chose as his theme a passage from the book of Joshua: “That you may know the way you shall go, for you have not passed this way before.”