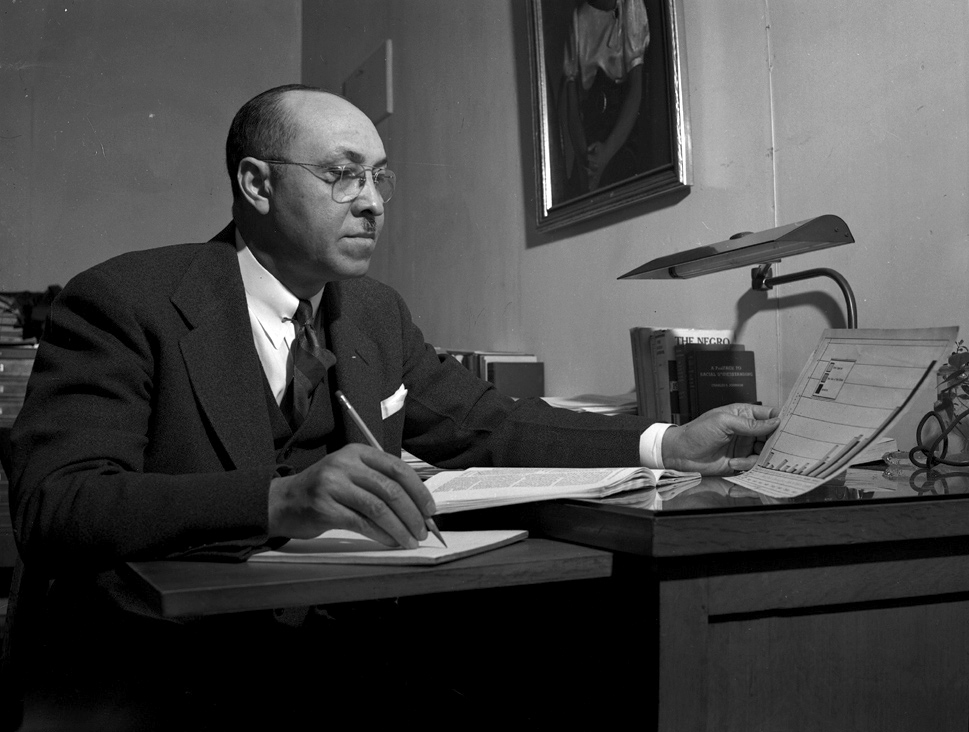 Ambrose Caliver was born in 1894 in Saltsville, Virginia and graduated from Knoxville College in Tennessee, earning his B.A. in 1915. One year later he married Everly Rosalie Rucker. After serving as a high school teacher and a principal, he was hired in 1917 by the historically black college of Fisk University in Nashville, Tennessee to implement its vocational education program. Caliver rose through various positions at Fisk, finally being named dean in 1927. In the meantime, Caliver had earned his M.A. from the University of Wisconsin in 1920 and his Ph.D. from Columbia University’s Teacher’s College in 1930.

Caliver was appointed in 1930 by President Herbert Hoover to the new position of Senior Specialist in the Education of Negroes in the U.S. Office of Education. He remained in the post when Franklin Delano Roosevelt was elected President two years later and joined FDR’s “Black Cabinet.” In that post Caliver sought to raise national awareness about the disparities in education between blacks and whites, especially in the rural South. He traveled extensively, surveying and documenting the funding failures of public schools. During his tenure, his office published numerous articles, bulletins, and pamphlets on a variety of topics relating to African American education, from “The Education of Negro Teachers” to “Secondary Education for Negroes.” His office also created “Freedom Peoples,” a nine-part radio series broadcast on NBC that showcased African American history and achievements. Additionally, he convened conferences and implemented committees on these matters.

In 1946 Caliver was named director of the Project for Literacy Education. He measured adult illiteracy in the population, helped to create materials suitable for adult literacy education, and trained adult literacy teachers.

Though adult education had become his passion, Caliver served as an adviser for a number of national and international projects, including the U.S. Displaced Persons Commission (1949) and the United Nations Special Committee on Non-Self-Governing Territories (1950). Caliver died in 1962 in Washington, D.C.