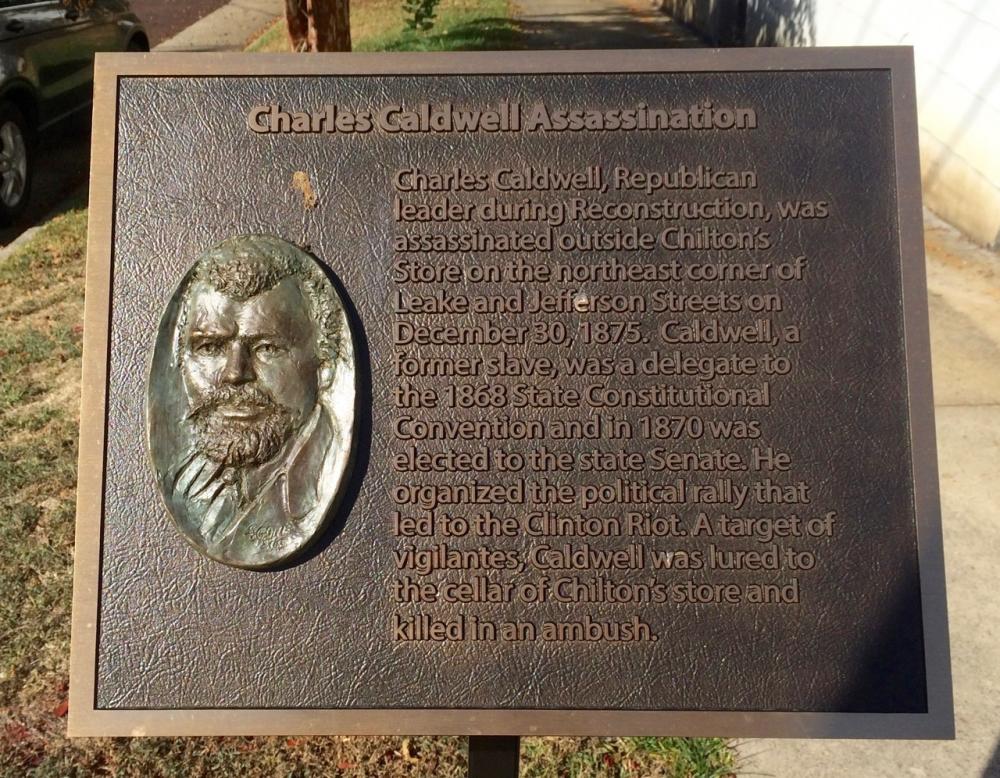 Charles Caldwell was a prominent Mississippi Republican during the Reconstruction era who spent his political career advocating for increased racial equality in the state.

Charles Caldwell is believed to have been born in 1831, although the exact details of his birth and childhood are unknown. He was born into slavery and as an adult worked as a blacksmith in Clinton, a small town outside of Jackson, Mississippi.

Thanks to his skill as a blacksmith, Caldwell enjoyed more autonomy than most plantation slaves and commanded considerable respect within his community. His status allowed Caldwell to become involved in politics after the Civil War. He was one of sixteen black Republicans to participate in the Mississippi Constitutional Convention in 1868. Caldwell supported the radical Republicans in the convention but the proposed constitution they crafted was rejected in a statewide referendum.

When Mississippi eventually adopted a different constitution in December, 1869, Caldwell stepped down from his position on the Hinds County Board of Police and was elected as one of five black men to the Mississippi Senate. Caldwell served in the Senate for five years and during this time he became known as a radical Republican, voting for both the Fourteenth and Fifteenth Amendments as well as additional measures to bring racial and gender equality to the state.

Despite his progressive stance on racial and gender issues, Caldwell’s primary focus during his time in office was resisting a wave of anti-Republican and anti-black violence which spread through Mississippi as anti-Reconstruction Democrats were determined to reclaim the state legislature. It is estimated that between 1870 and 1875 the Ku Klux Klan and other white supremacist organizations killed several hundred black men and women as well as some white Republicans.

Despite the violence, Caldwell believed in the political process and in 1875 invited a prominent Democratic speaker to open a major Republican party rally before the election. The event started out peacefully and but quickly deteriorated into violence that became known at the Clinton Riot. The violence became so intense that Mississippi’s Republican Governor Adelbert Ames assembled the state militia to curtail the white rioters, placing Caldwell in charge of the effort. Ames quickly succumbed to Democratic pressure however and called off the militia before the November elections took place, which were marked with fraud and voter intimidation.

Caldwell’s life ended abruptly on Christmas Day of 1875, when he was in his early forties. Caldwell went out to meet his friend, Buck Cabell, but an assassin was waiting outside the window and shot Caldwell in the back of the head. Other black men in the vicinity were shot as well, including Caldwell’s brother. His death was later investigated as part of a larger Congressional report and today Caldwell is remembered for his commitment to the fight for equal rights for African Americans.