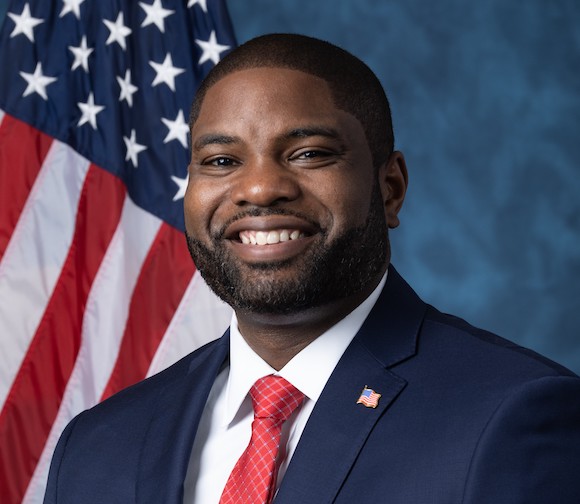 Byron Lowell Donalds is one of only two African American Republicans currently serving as a congressional representative in the U.S. Congress (along with Burgess Owens, R-Utah), and the only African American Republican in the Florida congressional delegation. Born on October 28, 1978, in Brooklyn, New York, Donalds was one of three children born to Meredith Brown, a coordinator of trauma service at a New York hospital. After graduating from Nazareth Regional High School in Brooklyn, Donalds attended Florida A&M University for three years, and then obtained his degree in finance and marketing from Florida State University in 2002.

In 2003, Donalds began work as a credit officer for TIB Bank in Fort Myers, Florida, and then in 2007 became a Director of Premium Management for CMG Financial Services, in Naples, Florida. In 2015, he became a financial advisor at Wells Fargo Advisors, also in Naples. He later became a financial advisor and Associate Vice President for Investments with Moran Wealth Management in Naples.

In 2010, Donalds began speaking at events for the newly formed Naples Tea Party. He ran for U.S. Congress unsuccessfully in 2012 from Florida’s 19th Congressional District. In 2016, Donalds was elected to the Florida House of Representatives for House District 80 which includes unincorporated suburban and rural areas east of Naples, Florida. He served as the chair of the Insurance and Banking Subcommittee in the Florida House of Representatives.

In November 2020, Donalds was elected to represent Florida’s Congressional District 19 in the 117th Congress. His campaign for Congress was endorsed by the NRA, the Club for Growth, Americans for Prosperity, the Republican Liberty Caucus, the House Freedom Fund, Freedom Works, and the Tea Party Express. The Club for Growth, a conservative PAC, contributed over $2.5 million to Donalds’ campaign.

Bryon Donalds was sworn in on January 3, 2021. On January 6, 2021, he joined five other Republican members of Florida’s congressional delegation in objecting to the certification of the Electoral College results for President-Elect Joseph Biden. On January 13, 2021, Donalds voted against the impeachment of President Donald J. Trump.

Donalds recovered from COVID-19 in October 2020, following a September 2020 Oval Office meeting with President Trump shortly before the president announced his own diagnosis. Donalds was also the subject of a 1997 marijuana charge that was dismissed as part of a pre-trial diversion program. He was the subject of a 2000 bribery charge that was later expunged.

Among Donalds’ recognitions are an A+ rating for the 2017 Legislative Session from Americans for Prosperity, an Award for Conservative Excellence from the American Conservative Union Foundation, and an honor from the Florida Council on Aging for his work in preventing elder abuses in financial transactions. Donalds was appointed by Florida Governor Rick Scott to the board of trustees for Florida Southwestern State College.

Donalds lives in Naples, Florida. He is married to Erika Donalds, a CPA who served on the Collier County School Board from 2014 to 2018, and currently serves on the Florida Constitution Revision Commission. They have three sons. In 2014, Donalds and his wife helped found Mason Classical Academy, a charter school in Naples.