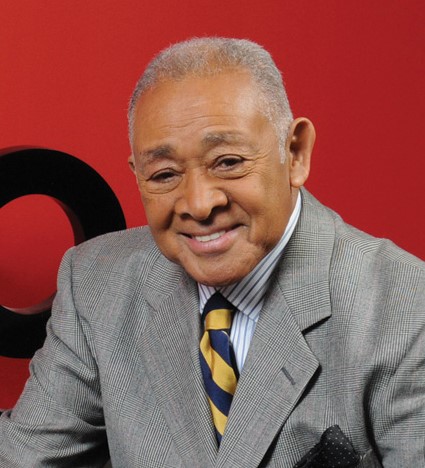 In 1969, Byron Eugene Lewis opened UniWorld Group (UWG), the oldest multicultural advertising and communications firm in the United States. From the outset, he focused on a Black and Brown target audience that was not well-represented in the media. Over the next few decades, UWG worked with Burger King, The Home Depot, Eastman Kodak, Lincoln, Mars Candies, and other Fortune 500 accounts. UWG produced ad campaigns encompassing print, radio, television, and online media that reached a wide range of white and ethnic communities throughout the world. This agency provided employment when African Americans were not considered for advertising roles and filled a void in ads written by and for white audiences.

Byron Lewis was born on December 25, 1931, in Newark, New Jersey, to Myrtle Allen Lewis and Thomas Eugene Lewis. The family later moved to Queens, New York, where Byron attended Shimer Junior High School and John Adams High School. Upon receiving his B.A. degree in journalism from Long Island University (1953), he worked as a social worker, and served in the U.S. Army (1953–1955). After working with various African American newspapers in Harlem, he started his own literary magazine for Black audiences titled Urbanite Magazine (1961). From 1964 to 1968, he was the advertising director for Tuesday Magazine.

Over the next decades, Lewis captured large accounts and created award-winning works for a wide range of Fortune 500 brands, including Quaker Oats, Burger King, Pepsi-Cola, and expanded to produce syndicated television news programs, such as America’s Black Forum, Sounds of the City, Black Filmmakers Hall of Fame, and the American Black Film Festival.

These works led to his creating African American TV specials including This Far by Faith for the NAACP, Sweet Auburn with the Dr. Martin Luther King Center and Congressional Black Caucus Weekends. He also produce advertising for black political campaigns ranging from Newark Mayor Kenneth Gibson in the 1970s to Rev. Jesse Jackson’s second presidential campaign (1988). UniWorld also became the first black communications firm to cover both the Democratic and Republican National Conventions in 1976.

Over the years, UniWorld worked on promotions for films such as Malcolm X, Glory, Boyz n the Hood, and A Bronx Tale as well as numerous public service announcements (PSAs) addressing health, education, poverty and other issues affecting inner-city communities.

By 1999, UniWorld had become one of the top-grossing, multi-cultural advertising firms in the world, with $230 million in annual sales. Lewis earned an honorary degree from Adelphi University, was inducted into the Advertising Hall of Fame, and won multiple achievement awards from organizations including CUNY, University of the West Indies, The American Advertising Federation, and Black Enterprise Magazine. He served on the boards of the Apollo Theater Foundation, Jackie Robinson Educational Foundation, and Long Island University.

Byron Lewis retired in 2012 after 43 years in the industry to spend more time with his partner Sylvia Wong Lewis and son Byron Eugene Lewis Jr. He became chairman emeritus after handing over the reins to CEO Monique L. Nelson.