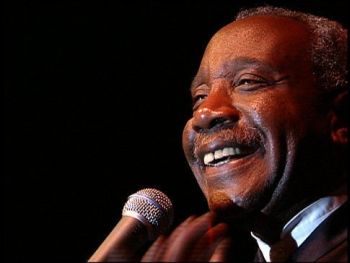 Jerry Butler was born to sharecropping farmers in Sunflower, Mississippi, but at the age of three his family joined the Great Migration and moved to Chicago, Illinois (to an area now known as the Cabrini-Green Housing Projects).  His initial introduction to music began as a choir boy in church in Chicago, where he met Curtis Mayfield, and the two joined a rhythm and blues (R&B) group called The Roosters in 1957.  Later in 1957 the group changed its name to Jerry Butler and the Impressions and released its only hit “For Your Precious Love,” which Jerry wrote, on the black-owned VeeJay label in 1958.

Heavily influenced by the Civil Rights Movement of the 1960s, Butler, a member of Alpha Phi Alpha Fraternity, later turned his attention to politics, where he supported the election of Harold Washington (Chicago’s first black mayor), and in 1985 he was elected a Cook County Board Commissioner in Illinois.  He currently still holds this important political position (his fourth term), and serves on the Board of Directors for the Rhythm and Blues Foundation, but “The Iceman” still manages to perform frequently at various venues throughout the country.