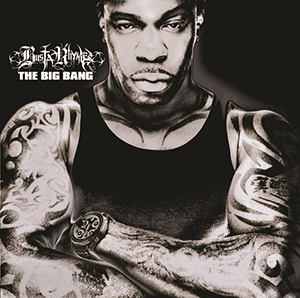 During his high school years Smith and three other Long Islanders, Bryan “Charlie Brown” Higgins, James “Disco D” Jackson, and Sheldon “Cut Monitor Milo” Scott formed the rap music group, Leaders of the New School. The group’s big break came when they were selected as the opening act for the rap group Public Enemy. Carlton Douglas “Chuck D” Ridenhour gave Smith the rap name after NFL and CFL wide receiver George “Buster” Rhymes. In 1991, Leaders of the New School released their debut studio album, A Future Without a Past. The album featured singles “Case the P.T.A,” “Sobb Story,” and “The International Zone Coaster.” The album reached only no. 128 and sold far less than 500,000 copies. In 1993, the released their final studio album called T.I.M.E. which featured the single, “What’s Next.”

By 1996, had become a solo performer and that year released his debut studio album, The Coming which includes singles “Woo Hah!! Got You All In Check” and “It’s a Party.” The album sold a million units and was certified platinum. In 1997, Smith released his second studio album, When Disaster Strikes, which featured singles, “Put Your Hands Where My Eyes Could See,” “Dangerous,” and “Turn It Up (Remix)/Fire It Up.” This became his second million-selling album. The album was also nominated for a Grammy Award for Best Rap Solo Performance. In 1998, Smith released his third album, Extinction Level Event: The Final World Front. which feature the singles “Tear da Roof Off,” “Gimme Some More,” and “What’s It Gonna Be?!” This would be his third certified platinum selling album, selling over a million units. The album also received three Grammy nominations for Best Rap Album, Best Rap Solo Performance, and Best Rap Performance by a Duo or a Group.

Smith would release other albums during his career including Anarchy (2000), Genesis (2001), It Ain’t Safe No More (2002), The Big Bang (2006), Back on My B.S. and Extinction Level Event 2: The Wrath of God (2020), but none would achieve the success of his 1990s albums. Aside in making studio albums, Smith has also acted in films in including Higher Learning (1995), Shaft (2000), and Full Clip (2004). Smith also had a controversial rap feud with Jeffery “Ja Rule” Atkins during his career and numerous legal issues. Despite these issues, Smith remains active in the entertainment business as of 2021.