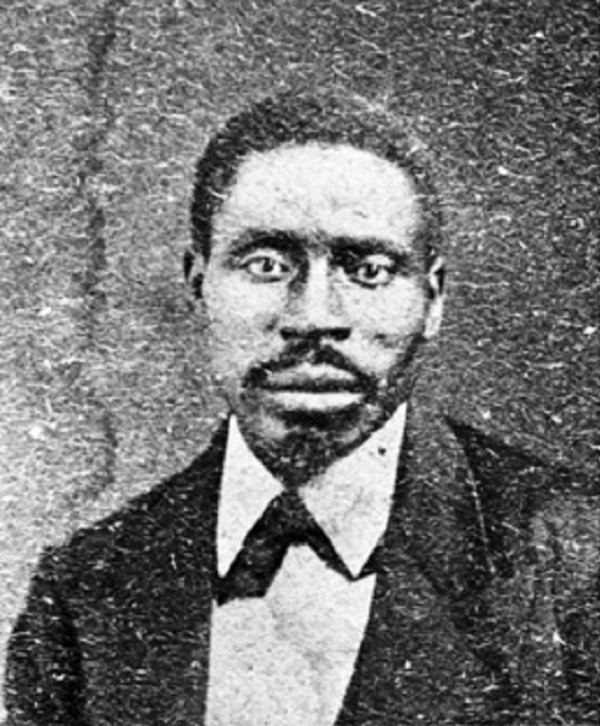 Walter Moses Burton holds the distinction of being the first black elected sheriff in the United States.  Burton was also a State Senator in Texas.

Burton was brought to Fort Bend County, Texas as a slave from North Carolina in 1850 at the age of twenty-one.  While enslaved, he was taught how to read and write by his master, Thomas Burton. After the Civil War his former owner sold Burton several large plots of land for $1,900 making him one of the wealthiest and most influential blacks in Fort Bend County.  In 1869, Walter Burton was elected sheriff and tax collector of Fort Bend County.  Along with these duties, he also served as the president of the Fort Bend County Union League.

In 1873 Burton campaigned for and won a seat in the Texas Senate, where he served for seven years, from 1874 to 1875 and from 1876 to 1882.  In the Senate he championed the education of African Americans.  Among the many bills that he helped push through was one that called for the establishment of Prairie View Normal School (now Prairie View A&M University).  Burton also served the Republican Party as a member of the State Executive Committee at the state convention of 1873, as vice president of the 1878 and 1880 conventions, and as a member of the Committee on Platform and Resolutions at the 1892 state convention.

In January 1874, Burton was granted a certificate of election from the Thirteenth Senatorial District, but a white Democrat contested the election. The Texas Senate confirmed Burton’s election on February 20, 1874.  Burton ran for and was reelected to the Senate in 1876.  He left the Senate in 1882 but remained active in state and local politics until his death in 1913.

Merline Pitre, Through Many Dangers, Toils and Snares: The Black Leadership of Texas, 1868-1900 (Austin: Eakin, 1985); “Walter Moses Burton” in The Handbook of Texas History Online, http://www.tshaonline.org/handbook/online/articles/fbu67.