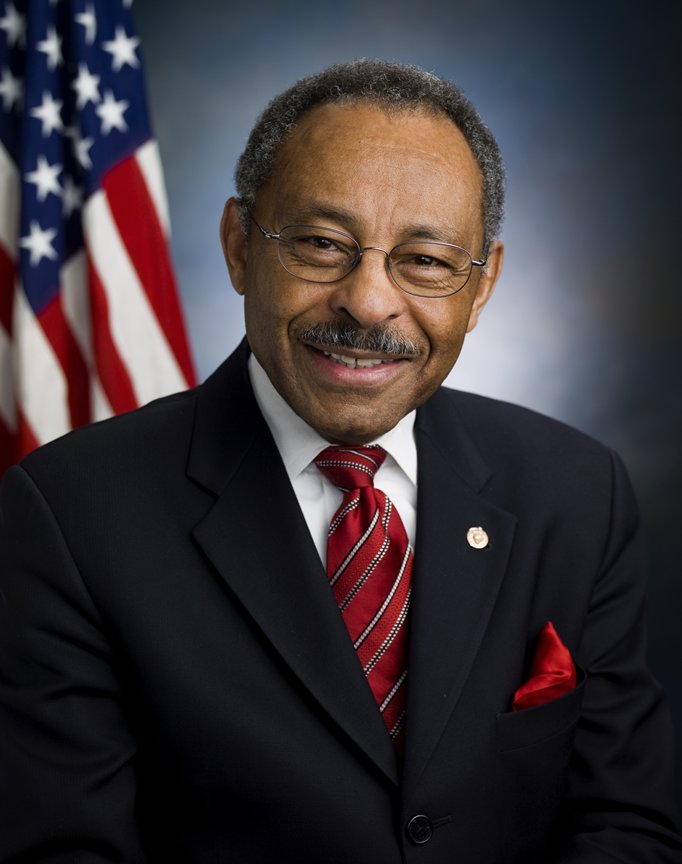 On January 15, 2009 Roland Wallace Burris was sworn in as the U.S. Senator from Illinois.  Burris’s appointment made him the third African American U.S. Senator from the state and the sixth black U.S. Senator in the history of the United States.  The appointment, however, was marred by controversy as he was appointed to fill the Senatorial seat of President Barack Obama by Illinois governor Rod R. Blagojevich who had been arrested for allegedly attempting to sell that seat to the highest bidder.

Roland W. Burris was born on the 8 August 1937 in the small community of Centralia located in Southern Illinois.  After receiving a Bachelor of Arts degree at Illinois University Carbondale, he studied International Law at the University of Hamburg, Germany, and completed his law degree at Howard University in Washington, D.C. in 1963.

After graduating from Law School Burris became the first African American to hold the post of National Bank Examiner for the Office of the Comptroller of the Currency for the U.S. Treasury.  Burris also worked as a tax attorney, commercial banking officer, and bank vice president.  In 1973 he was appointed Director of the Department of Central Management Services for the state of Illinois under Governor Dan Walker.  He held the position until 1977.  In 1977 he served briefly as National Executive Director of Operation PUSH.

In 1979 Burris won his first elected office when he became the Comptroller of Illinois.  Burris was repeatedly reelected and served until 1991.  He was elected Attorney General of the state in 1991 and served to 1995.  While on the campaign trail to become the first black elected Attorney General in the state’s history he aligned himself with the liberal wing of the Democratic Party, supporting abortion rights and broader rights for gay men and lesbians.

A string of political failures peppered his career.  In 1984, he lost a race for the U.S. Senate; in 1994 he lost in his run for governor. One year later, in 1995, he lost to the incumbent Chicago mayor, Richard Daley.  In 1998 and 2002, he unsuccessfully mounted second and third campaigns for governor.  In his final attempt to become governor, he lost to Rod Blagojevich.

Before entering the Senate as the President’s replacement, Burris served as the manager and Chief Operating Officer of Burris & Lebel Consulting firm, concentrating in political and corporate strategies, public relations, and governmental representations.  Additionally, he served as counsel in the law firm of Gonzalez, Saggio and Harlan while teaching as an Adjunct Professor in Public Administration at Southern Illinois University.

Burris, a member of Alpha Phi Alpha Fraternity, is married to Berlean M. Burris, Ph.D. and they are the parents of two children, Dr. Rolanda S. Burris and attorney Roland W. Burris II.