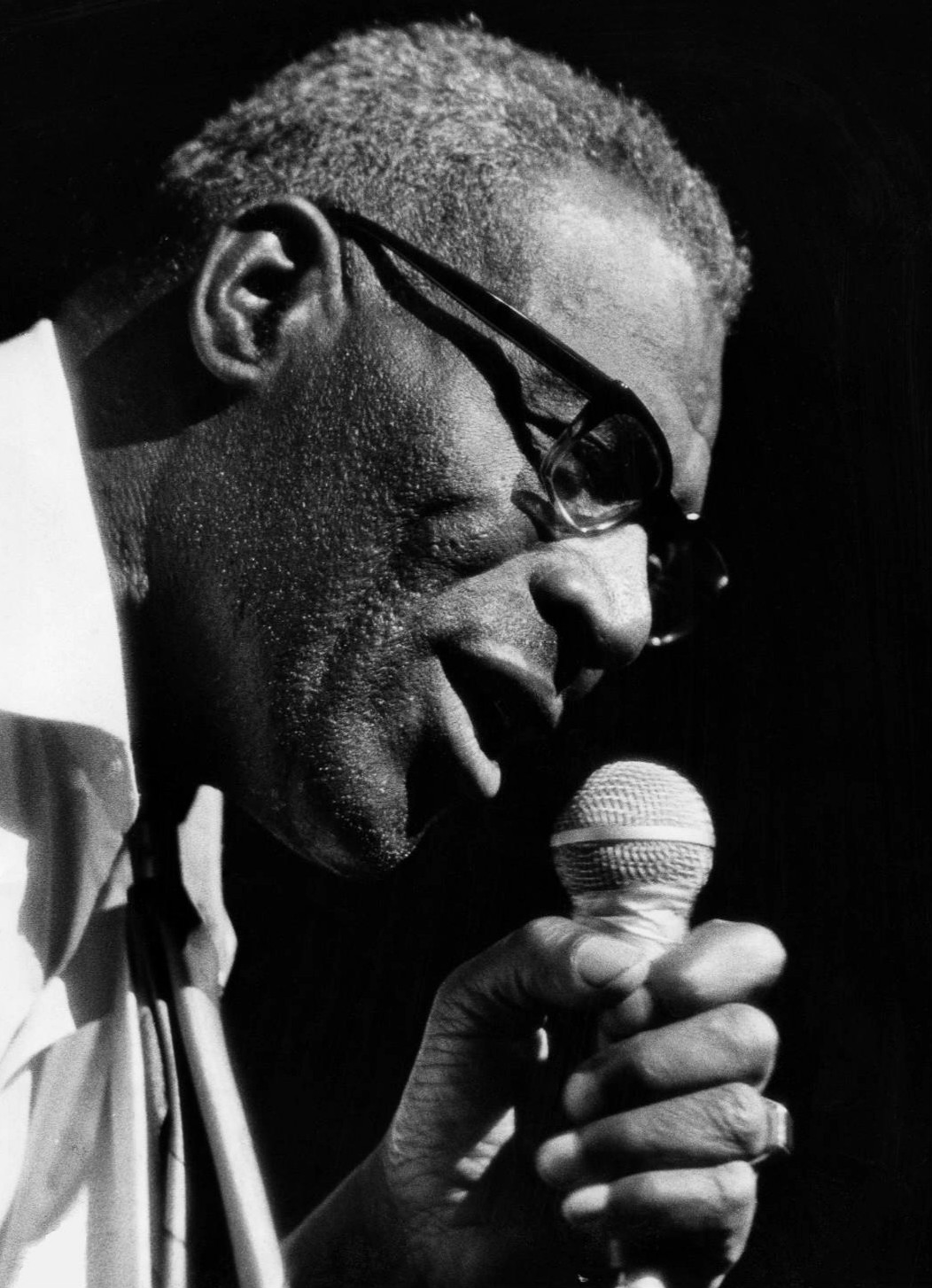 Chester Arthur Burnett, better known by his stage name Howlin’ Wolf, was a blues performer and bandleader born in White Station, Mississippi to Leon “Dock” and Gertrude Young Burnett. He was married to Lillie Burnett and is survived by two stepchildren, Barbra Marks and Bettye Kelly.

After hearing and meeting Charlie Patton (sometimes spelled Charley), the most popular Delta blues performer at the time, Burnett decided to take up guitar and became a student of Patton. Burnett studied Patton’s music as well as his showmanship, and later traveled throughout the Delta performing with Patton, Son House, Robert Johnson, Willie Brown and other well-known Delta blues performers of the period. He was also influenced by Jimmie Rodgers, Tommy Johnson and Blind Lemon Jefferson, among other performers.

After a brief stint in the Army from 1941-1943, Burnett returned to Mississippi and in 1948 formed a band featuring Matt “Guitar” Murphy and Junior Parker. The band was discovered by record executive Sam Philips in 1950 and relocated to Memphis, Tennessee. After recording for the RPM and Chess record labels, Howlin’ Wolf and his band signed to Chess and they relocated to Chicago in 1953. That year he was able to hire guitarist Hubert Sumlin, who went on to become a mainstay of Burnett’s subsequent bands through the end of his career. The band’s lineup rotated regularly and featured many influential Chicago-style blues performers including Willie Dixon, who played bass and co-wrote classic Howlin’ Wolf songs such as “Spoonful” and “Little Red Rooster.” Burnett’s mother Gertrude, a religious fundamentalist, refused to speak with Chester even after he achieved success, believing his music to be “Devil’s music.” This was a source of woe throughout his life.

Burnett had a reputation as a hardworking bandleader, and in the 1950s achieved four billboard hits on the national R&B charts. With the release 1962’s Howlin’ Wolf LP, he found popularity with American and British blues and folk enthusiasts. He toured Europe in 1964 and in 1965 had his television debut on Shindig at the insistence of the Rolling Stones, who performed on the same show. In 1970 he recorded with Eric Clapton and Steve Winwood, among other well-known British rock musicians. His final LP, Back Door Wolf, was released in 1973.

Modern popular music owes much to Howlin’ Wolf, whose efforts bridged the divide between Delta country blues and Chicago electric blues, which he helped pioneer. His example was a powerful one for blues, folk and rock musicians alike in the 1960s and 1970s, and recollections and stories about him abound to this day. Like his Delta contemporary Son House, Burnett taught audiences about the significance and traditions of blues, not merely providing up-tempo music for dancing and rowdiness. This is perhaps his greatest legacy, providing a way in for the curious across the nation and around the world to explore and appreciate blues music.

Chester Arthur Burnett died in 1976 in Hines, Illinois of kidney and heart-related ailments. He was 66.