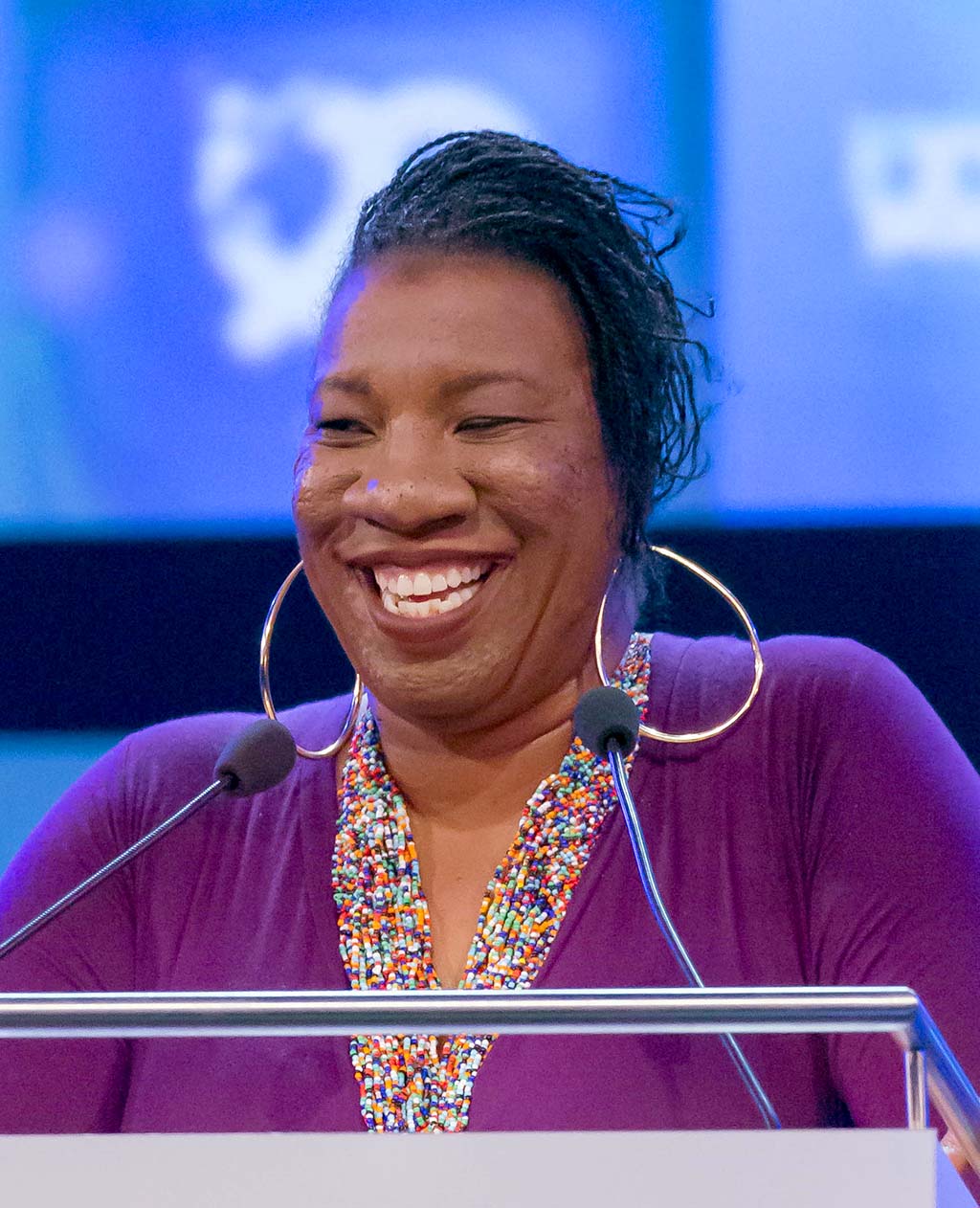 Tarana Burke is an activist who is best known for creating the Me Too movement which raises awareness about sexual harassment, assault, and abuse. Burke was born on September 12, 1973, in The Bronx, New York. She had many troubling experiences growing up in a low-income, working-class family. She was raped and sexually assaulted as a teenager. These incidents inspired Burke to dedicate her life to improving the lives of girls going through similar hardships. In 1998, Burke gave birth to her daughter, Kaia, and raised her as a single parent.

Burke’s career started in Selma, Alabama where she worked with the 21st Century Youth Leadership Movement, the Black Belt Arts and Cultural Center, and the National Voting Rights Museum & Institute. In 2003, Burke co-founded an African-centered rites of passage program for girls called Jendayi Aza. The program eventually evolved and in 2006 it became a non-profit called Just Be Incorporated that focused on the well-being of young women of color. It was when she was working at this organization that Burke first spoke the words “me too” when trying to empathize with a young woman who was at the time being abused by her mother’s boyfriend. Those words pushed her to work with and empower those who have endured sexual abuse. In 2008, Burke worked at the Art Sanctuary Philadelphia in Pennsylvania and later served as a consultant for the 2014 Oscar-nominated film Selma, which depicts the 1965 Montgomery voting rights marches.

Burke is currently the Senior Director at Girls for Gender Equity located in Brooklyn, New York which works to build the personal development skills of girls of color. Burke also teaches empowerment workshops at schools and work places across the nation.

On October 15, 2017, actress Alyssa Milano, inspired by Burke’s words, posted a tweet that said “If you’ve been sexually harassed or assaulted write ‘me too’ as a reply to tweet.” The hashtag #MeToo went viral and encouraged women and men to speak out about their past experiences of sexual abuse. The hashtag came as a response to the sexual abuse allegation against film producer Harvey Weinstein. The tweet gained worldwide attention and sparked the beginning of the Me Too movement.

In 2017, Burke along with her fellow activists were named the “silence breakers” and were awarded Time magazine’s Person of the Year. In 2018, Burke received the Voices of the Year Catalyst Award from SheKnows Media. Burke was also given high-profile platforms in 2018 to get her message across. For example, she released the ball drop in Times Square on New Year’s Eve and she had prominent places at both the 2018 Golden Globe and Oscars Awards ceremonies.

Burke is currently writing her memoir, Here the Light Enters: The Founding of the ‘Me Too’ Movement.

“Tarana Burke” Biography, https://www.biography.com/people/tarana-burke; Emma Brockes, “Me Too Founder Tarana Burke: ‘You Have to Use Your Privilege To Serve Other People’” The Guardian, Jan. 15, 2018, https://www.theguardian.com/world/2018/jan/15/me-too-founder-tarana-burke-women-sexual-assault; Najja Parker, “Who Is Tarana Burke? Meet The Woman Who Started The Me Too Movement A Decade Ago” The Atlanta Journal Constitution, Dec. 6 2017, https://www.ajc.com/news/world/who-tarana-burke-meet-the-woman-who-started-the-too-movement-decade-ago/i8NEiuFHKaIvBh9ucukidK/.