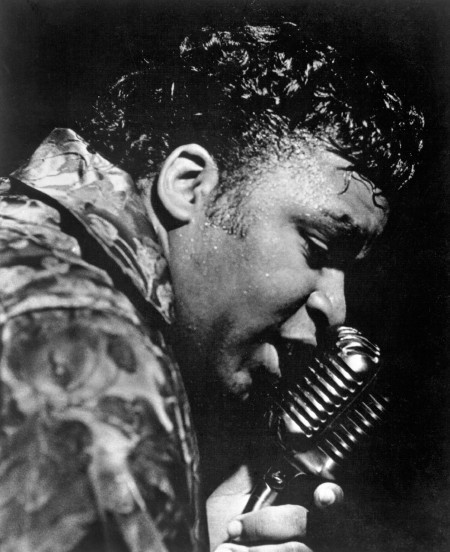 Solomon Burke was a minister and renowned singer of rhythm & blues and soul music with a career stretching from the 1950s to his death in 2010. Although never reaching chart-topping fame, Burke is heralded as one of one of the best soul singers of all time.

Born in Philadelphia, Pennsylvania on March 21, 1940, Burke was quickly wrapped in a world of faith that gave him inspiration for his musical career. By age 7 in 1947, he had given his first sermon, by 12 in 1952 he was a minister who was called the “Wonder Boy Preacher, and by 21 in 1961, he was an ordained bishop of his Philadelphia church, the nonsectarian House of Prayer for All People.

His music career began at age 14 in 1954 after he was scouted out by a DJ in Philadelphia who brought him to a recording studio in New York where he quickly produced his first hit, “Christmas Presents from Heaven” in 1955.

The path was not always smooth for Solomon Burke. In 1957 the 17-year-old was dropped by his first manager, Kae Williams, after a pay dispute. Upon losing his music career, Burke became homeless and broke because his parents had already thrown him out of the house for singing secular music. Burke was forced to live in abandoned cars.

Between 1957 and 1961, Burke worked briefly as a mortician, work which he later claimed he found rewarding during his time in the business. He also married and began having children both in and out of wedlock, beginning a trend that would lead to, at the time of his death in 2010, a family of 21 children, 91 grandchildren, and 19 great grandchildren.

In 1961, Burke received a chance to return to the music business. He signed with Atlantic records and began to bring out several hit songs such as “Down in the Valley,” released in 1962, and “Cry to Me,” also released in 1962. Over the next thirty years Burke would have a prolific music career, releasing 18 albums, selling more than 17 million records, and touring worldwide to perform before lovers of soul music. His greatest success, however, came with the hits of the early 1960s.

Outside of his music career, Solomon Burke was active as a member of his church community in his House of Prayer for All People. He remained the leader of the congregation until his death at age 70.

Solomon Burke died on a plane at Schiphol Airport in Amsterdam, Netherlands on October 10, 2010 after a fourteen-hour flight from Los Angeles, California. He had come to Amsterdam to launch Hold On Tight, a joint album with the Dutch rock band De Dijk. At the time he was on his way to a sold-out performance in Amsterdam.