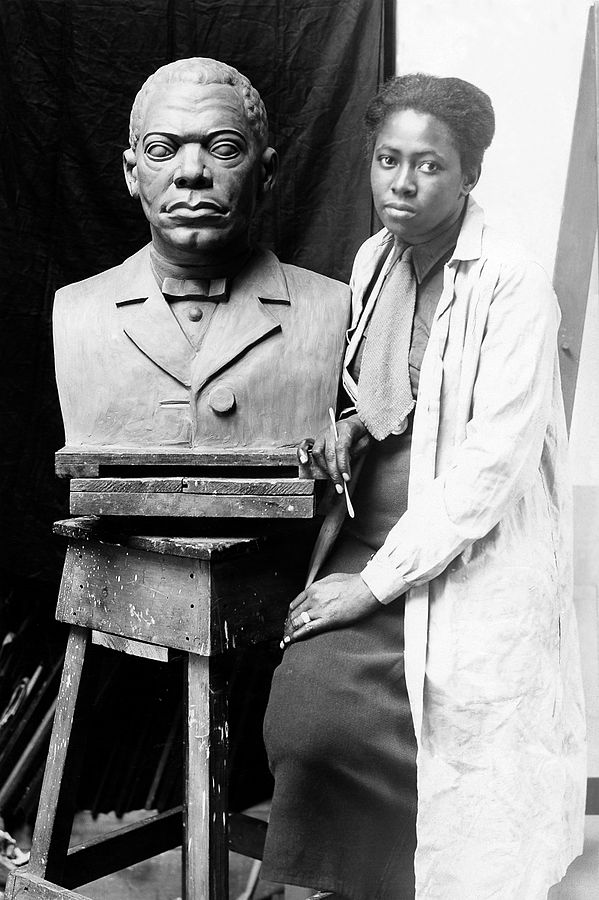 Selma Hortense Burke was born in Mooresville, North Carolina, one of ten children of Neal Burke, a local Methodist minister and Mary Jackson Burke.  She received her formal educational training from Winston Salem University and later graduated in 1924 as a registered nurse from St. Agnes Training School for Nurses in Raleigh, North Carolina.  After graduating she moved to New York City, New York where she worked as a private nurse.

While in New York, Burke began to focus on her artistic creations. Through a second brief marriage to Claude McKay, she became associated with the Harlem Renaissance.  Working in Harlem for the Works Progress Administration and the Harlem Artists Guild, Burke began teaching art appreciation and education to New York youth.  During the 1930s, she traveled across Europe studying and honing her skills as an artist under Aristide Maillol of Paris, France and Povolney of Vienna, Austria. In 1940 she opened the Selma Burke School of Sculpture in New York City and the following year graduated with a Master of Fine Arts degree from Columbia University.  In 1942 she joined the Navy making her one of the first African American women to enroll.  While in the Navy, Burke was commissioned to do a bronze relief portrait of President Franklin Delano Roosevelt.  The portrait she created was adapted by the mint and is currently on United States dimes.

Burke founded the Selma Burke Art Center in Pittsburgh, Pennsylvania in 1968 where she continued to introduce art to inner-city youth. She was widely lauded for her engagement in civic organizations and endeavors in the Pittsburgh area.  July 20, 1975 was adopted as Selma Burke Day by former Governor Milton Shapp of Pennsylvania.

Some of Burke’s most notable sculptures include Temptation (1938), Despair (1951), Fallen Angel (1958), Mother and Child (1968), and Together (1975).  A nine-foot statue of Martin Luther King, Jr. she completed while in her eighties is on display in Marshall Park in Charlotte, North Carolina.  She received numerous awards and honors which included three honorary doctorate degrees.  In 1979 Burke was recognized by President Jimmy Carter for her contribution to African American art history.

Selma Burke died at ninety-four years of age.  Her sculptures, many of which are on display at Winston-Salem State University in Winston-Salem, North Carolina, remind viewers of her legacy to art history.