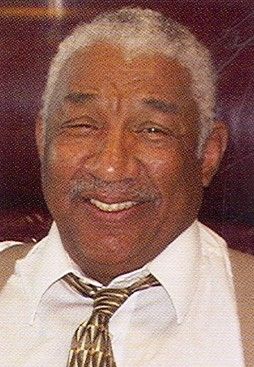 Franklin D. Burgess’s remarkable life as a star basketball player at Gonzaga University and a Federal Judge in Western Washington earned him the description “a legend on two courts.”  Franklin Burgess was born on March 9, 1935 in Eudora, Arkansas. Raised with seven siblings, he completed high school there and after graduation enrolled in Arkansas Agricultural, Mechanical & Normal College in 1953.   After one year, Burgess enlisted in the Air Force and remained in the service from 1954 to 1958.  While in the Air Force Burgess began to make a name on the basketball court and attracted attention from many leading college basketball programs such as the University of Kansas and the University of Southern California.

Despite the high level of interest from these major institutions, Burgess chose instead Gonzaga University in Spokane, Washington.  He later recalled that he was attracted to Gonzaga by the small school environment and dedication to academics.  While at Gonzaga, Burgess was a Helms All-American selection for his basketball skills in both his junior and senior season (1959-1960 and 1960-1961 seasons).  His 32 point average per game led the nation in 1961 and his remains one of only two retired jerseys at Gonzaga University. After college, Burgess was drafted in the third round of the National Basketball Association (NBA) draft by the Los Angeles Lakers but decided instead to play for the Hawaii Chiefs of the American Basketball League (ABL) from 1961 to 1963.

Following his 1963 season with the Hawaii Chiefs, Burgess returned to Gonzaga University to attend law school and graduated with a law degree in 1966.  After graduation, he began his legal career as an assistant city attorney in Tacoma, Washington.  Burgess switched from public to private practice in 1969 to work with Jack Tanner, already the most prominent and politically active black attorney in the city.  Burgess’s relationship with Jack Tanner would prove beneficial down the road.  In 1981, Burgess was appointed U.S. Magistrate for Tacoma.  Thirteen years later in 1994, Franklin Burgess took over his friend Jack Tanner’s position on the federal bench and became the new District Court Judge for Western Washington.  Judge Burgess held the post until 2005.  One of his most famous cases involved a decision on the State of Washington’s voting policy.  On August 2, 2001 Burgess lifted an injunction against Washington’s “blanket” primary, stating that it is not the court’s job to determine political policy.

In accompany with his duties as a judge, Burgess found time to participate with causes such as the Habitat for Humanity house-building project and served as president of the Tacoma branch of the National Association for the Advancement of Colored People (NAACP).  Judge Franklin D. Burgess died at the age of 75 in Tacoma, Washington after a yearlong battle with cancer.