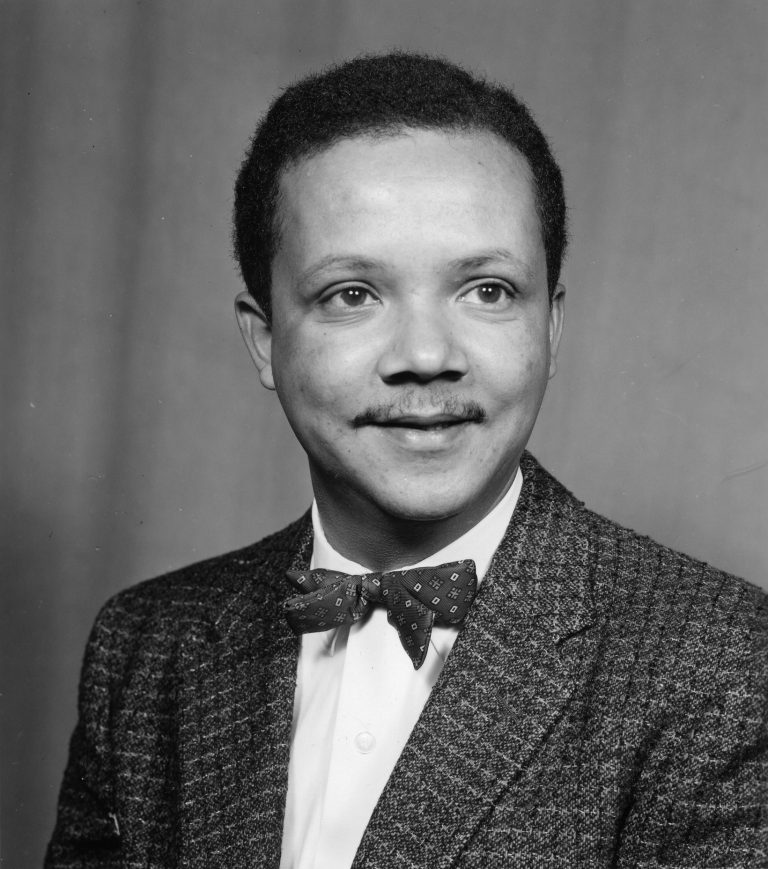 Medical professor and civil rights leader Thomas Nathaniel Burbridge was born in New Orleans, Louisiana, on July 12, 1921. He received a bachelor of arts degree from Talladega College in Talladega, Alabama, in 1941. From 1942 through 1945, he served in the United States Navy.

In 1948 Burbridge earned a medical degree from the University of California, San Francisco (UCSF). He served in the United States Public Health Service as visiting lecturer in Indonesia from 1952 to 1955. The following year, he received a doctoral degree from UCSF and joined the faculty of the school of medicine as assistant professor of pharmacology and experimental therapeutics. His main research interests were alcohol metabolism, drug metabolism, and comparative pharmacology.

Burbridge belonged to leading medical organizations in the 1960s, including the American Therapeutic Society and the Society for Experimental Biology and Medicine. He also worked to expand minority enrollment at UCSF, traveling frequently on behalf of the university to southern states where he recruited medical students from mostly black universities.

Civil rights reform was an equally important part of Burbridge’s life. He headed the San Francisco chapter of the National Association for the Advancement of Colored People (NAACP). As president of the local branch, he joined other Bay Area civil rights activists led by the Ad Hoc Committee to End Discrimination to protest against discriminatory hiring at the Sheraton-Palace Hotel which by the 1960s routinely refused to hire African American workers. Ironically the late 19th Century Palace Hotel (forerunner of the Sheraton-Palace) routinely hired black women and men as maids, janitors, bellmen, waiters, etc., and in fact was an important source of employment for the small black community of that era.

On March 1, 1964, Burbridge directed the first large demonstration outside the hotel. He and the Ad Hoc Committee conducted additional protests. Those demonstrations led San Francisco Mayor John Shelley to secure a minority hiring pact with the Hotel Employers Association of San Francisco in which it agreed to employ more African American residents.

Burbridge also targeted hiring discrimination at the Cadillac dealership along San Francisco’s “Auto Row.” Only seven of 258 workers at the agency were African Americans. On March 14, 1964, Burbridge led 200 people in a picket of the dealership. He was arrested and sentenced to nine months. His arrest was widely denounced and he did not serve any of it. Further picketing by Burbridge and other civil rights activists led the Automobile Dealers Association in April of 1964 to pledge hiring of minority residents in future job openings.

In 1967 UCSF honored Burbridge for greatly helping to reduce employment discrimination in the city. Three years later, he became associate professor of pharmacology.

Burbridge died in San Francisco on September 8, 1972, at the age of fifty-one. Shortly after his death, UCSF named for him an award to be given annually to a university staff member, faculty member, or student for outstanding community service.

Thomas Nathaniel Burbridge was survived by his wife, Yvonne, and five children.