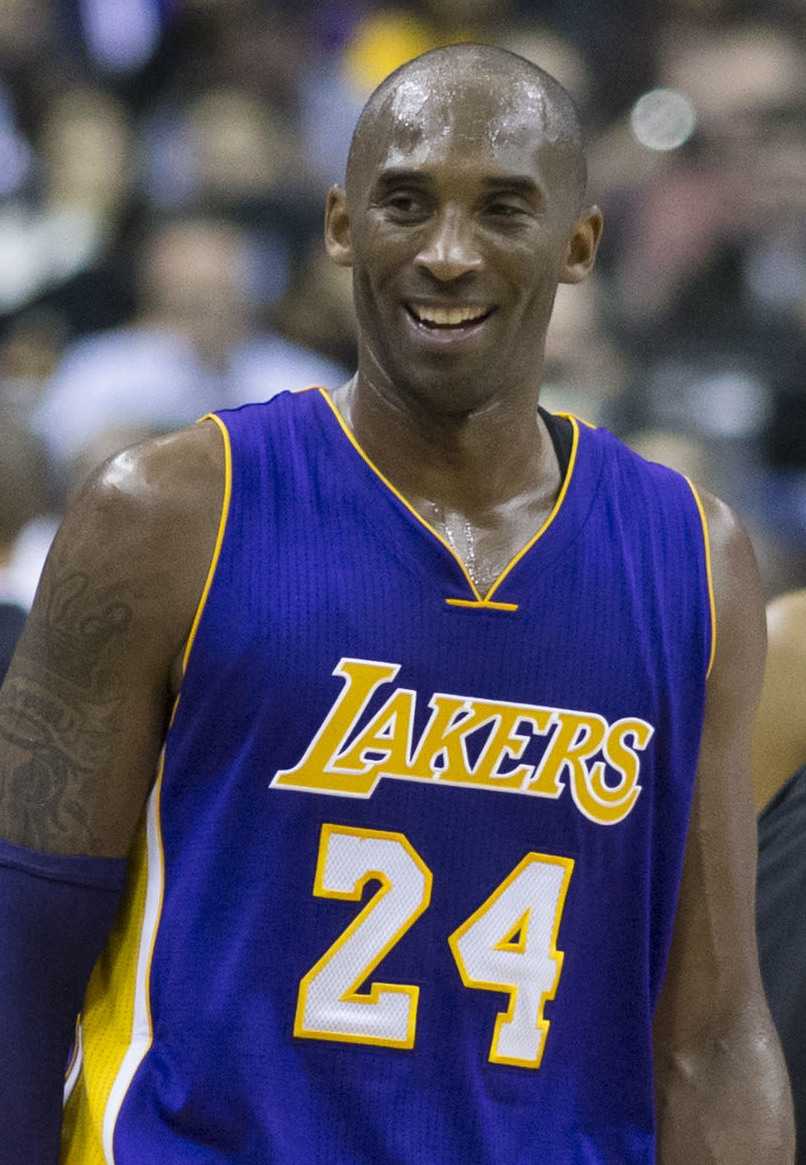 Professional basketball superstar Kobe Bryant played for the Los Angeles (California) Lakers since 1996 when he came to the team as an eighteen-year-old, the youngest player in National Basketball Association (NBA) history, until his retirement in 2016. Bryant was a long-time philanthropist, using his well-known name to raise funds for a number of causes.

Born in Philadelphia, Pennsylvania on August 23, 1978, Bryant was the youngest of three children born to former NBA player and WNBA head coach Joe “Jellybean” Bryant and Pamela Cox Bryant. His parents named him after the popular Japanese steak of the same name. In 1983, Bryant’s father left the NBA and moved his family to Italy to play professional basketball. Young Kobe quickly adapted to his environment, learning to speak fluent Italian and Spanish. Besides learning to play basketball at an early age, Bryant also became a skilled soccer player. Following his father’s retirement from basketball in 1991, the family returned to Philadelphia.

While in high school, Bryant became a top basketball prospect at Lower Merion High School in suburban Philadelphia. In his senior year, Bryant led his team in scoring and to a state championship. He finished his high school career as Southeastern Pennsylvania’s all-time leading scorer with 2,883 points. In 1996, he earned the USA Today National High School Player of the Year and Naismith Player of the Year awards among other honors. Although his academic success in high school led to numerous college scholarship offers, seventeen-year-old Bryant decided to forgo college and enter the NBA draft in 1996. The Charlotte Hornets drafted him thirteenth overall, but he was immediately traded to the Los Angeles Lakers.

As a philanthropist, Bryant was an official ambassador for After-School All-Stars (ASAS), an American non-profit organization that provides after-school programs to children in several cities throughout the U.S.  He also served as a spokesperson for the Pediatric AIDS Foundation, the Center for Abused Children, Make-a-Wish Foundation, St. Jude’s Children’s Hospital, The Lawyers’ Committee for Civil Rights, and Plaza de la Raza, a Latino cultural center in L.A.  In 2006, Bryant founded the VIVO Foundation, a non-profit designed to improve the quality of life of children through educational, cultural, and financial support.

Bryant’s accomplishments on and off the court were tarnished however during the summer of 2003 when he was arrested by the Eagle County, Colorado sheriff’s department for an alleged sexual assault filed by a nineteen-year-old hotel employee. Bryant admitted to the sexual encounter but denied raping the young woman. Prosecutors dropped Bryant’s case in 2004 after the accused refused to testify. Following the trial, Bryant settled a civil suit against him out of court for an undisclosed amount.

Kobe Bryant retired from the Los Angeles Lakers at the end of the 2015-2016 season. He was thirty-eight. Unusual for NBA players, Bryant had spent his entire twenty years in the NBA with one team, the Lakers.

Kobe Bryant died in a helicopter crash near Calabasas, California on January 26, 2020, along with his daughter Gianna and seven others. He is survived by his wife Vanessa and daughters Natalia, Bianka, and Capri. He was forty-one years old.