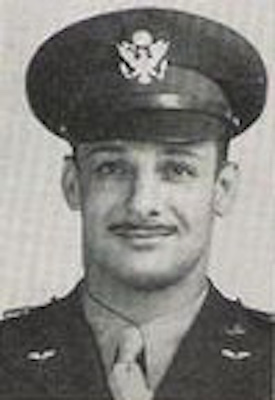 Sam Martin Bruce was born on December 7, 1915, in Houston, Texas. Bruce’s father died when he was a young boy. His mother remarried and the family relocated to Seattle, Washington. In 1933, Bruce graduated from Garfield High School and soon enrolled at North Carolina Agricultural and Technical State University in Greensboro, North Carolina. While there, he met his future wife, Grace Foy, and they married in 1939.

When, in 1940, the federal government created the Tuskegee Airmen program and located it at Tuskegee Institute in Alabama, Bruce became one of the first volunteers to enter Tuskegee Flight School. He graduated on September 6, 1942 as a second lieutenant in class 42-H-SE. In that same year, he was assigned to the 99th Fighter Squadron under the command of Colonel Benjamin O. Davis, Jr. Members of the 99th Pursuit Squadron were some of the first Tuskegee Airmen to complete their training and be sent to Europe after the United States entered World War II. From 1941 to 1946, nearly one thousand airmen were trained at Tuskegee.

The 99th Pursuit Squadron was the first all-African American pursuit squadron that consisted of pilots, navigators, bombardiers, maintenance and support staff, instructors, and other personnel responsible for keeping the planes in the air. They were the direct result of the constant pressure on the Franklin Roosevelt Administration from African Americans demanding a larger role in the military and an end to the ban on black pilots.

Lieutenant Sam Bruce served in the 99th Fighter Squadron before the unit was sent to North Africa in 1943 and redeployed to Italy early in 1944.  Bruce went missing in action on January 27, 1944, while pursuing a German fighter plane during the Battle of Anzio in Anzio, Italy. Soon after, he was pronounced dead. Bruce was only twenty-nine years old and one of the first black pilots to die in World War II combat. Sadly, Bruce never had a chance to meet his only daughter, as she was born a month after his death. Bruce was initially buried in Italy but at the request of his mother, his body was returned to Seattle and buried in the Evergreen Washelli Veterans Memorial Cemetery.

As a tribute to Lieutenant Sam Martin Bruce, Tuskegee Airmen and their supporters in the Seattle, Washington, area created the Sam Bruce Chapter of the Tuskegee Airmen, Inc. in 1975.