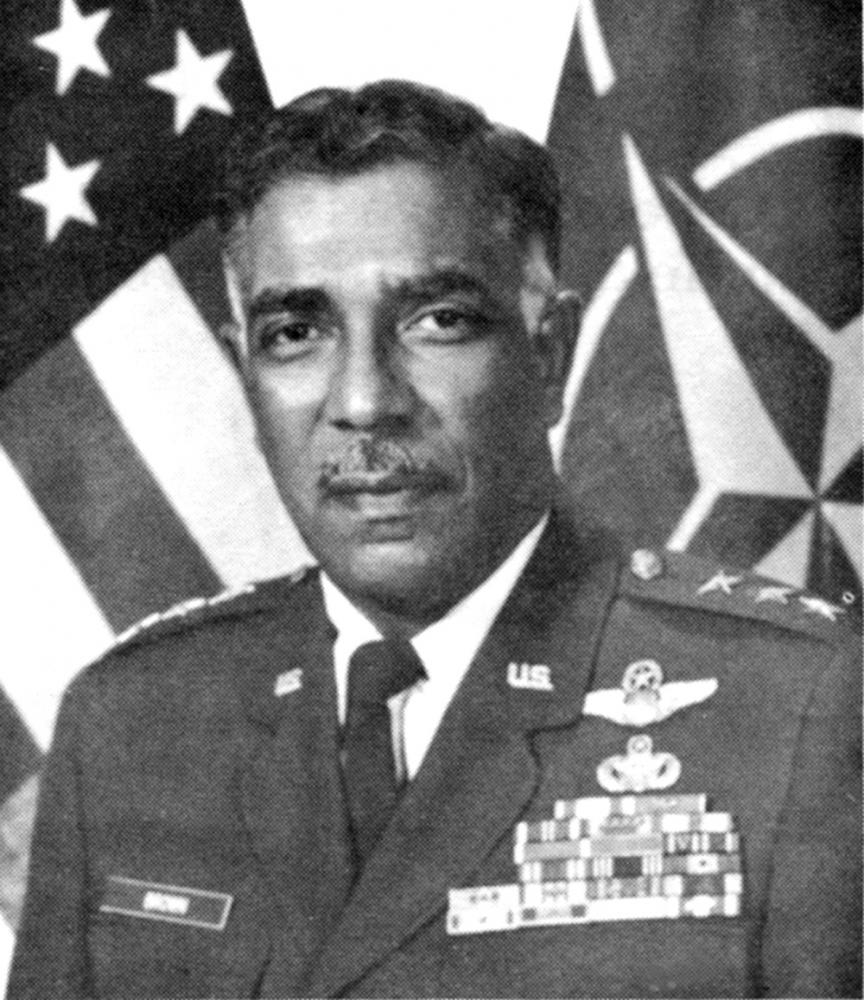 William Brown Jr. was born in 1927 in the Bronx, New York. He is married to the former Gloria Henry, with whom Brown has three children: Nancy, Louis, and Bill. Brown became fascinated by aviation at a young age and revered the Tuskegee Airmen of World War II. Brown graduated from Dwight Morrow High School in the Bronx in 1945, and then attended Pennsylvania State University where he received a bachelor of science degree in 1949. After graduating from Pennsylvania State University, Brown did graduate work in systems management at the University of Southern California (USC) and attended the advanced management program at the Harvard Business School.

After losing his draft-exempt status upon graduation from Pennsylvania State University, Brown preemptively joined the Air Force as an aviation cadet. After completing pilot training in 1951, Brown was commissioned as a Second Lieutenant at Craig Air Force in Alabama and then assigned to Williams Air Force Base in Arizona. While stationed there he met Major Woodrow Crockett, a Tuskegee Airman who became his mentor.

Between 1952 and 1970, Brown served as a fighter pilot during the Korean and Vietnam Wars, flying 125 combat missions in South Korea during the Korean War and 100 combat missions over North Vietnam and Laos during the Vietnam War. Brown was a pilot for F-86 Sabrejets with the 4th Fighter-Interceptor Wing in South Korea, and a pilot for F-4 Phantoms while stationed at the Ubon Royal Thai Air Force Base in 1966 and at the Udorn Royal Thai Air Force Base in 1969.

Following Brown’s tours of duty, he was assigned to the Department of Defense Manpower and Reserve Affairs Office at the Pentagon in 1971. While there he was a special assistant to the assistant secretary of defense. In 1973, Brown was transferred to Reese Air Force Base, Texas as the deputy commander of operations for the 64th Flying Training Wing. Shortly after, he was assigned as base commander of Williams Air Force Base, and then as commander of the 82nd Flying Training Wing.