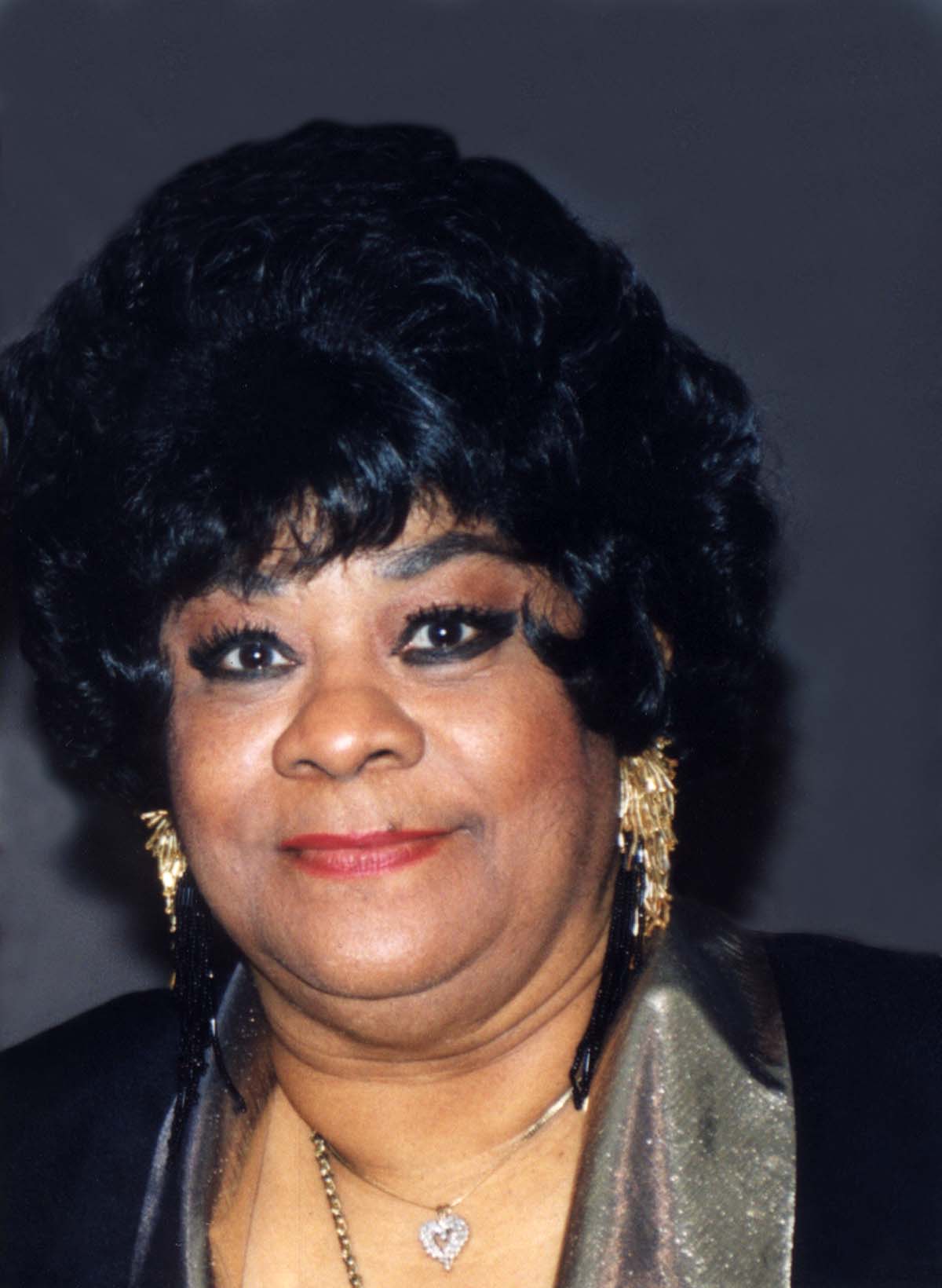 Known as the Queen of R&B, Ruth Brown was a rhythm and blues singer and actress who crusaded for musicians’ rights. Brown was born Portsmouth, Virginia, on January 12, 1928. After a string of unfortunate events, Brown ended up in Washington, D.C. There, important people backed her such as nightclub owner Blanche Calloway (sister of bandleader Cab Calloway) and a Voice of America disc jockey, Willis Conover, who convinced Ahmet Ertegun and Herb Abramson, founders of Atlantic Records, to sign Brown. She made her recording debut in 1949.

“Teardrops from My Eyes” was released in 1950. The song became a hit and reached No. 1 on the rhythm and blues chart. Her sound on the single gave her the description of “the girl with the tear in her voice.” This sound came to be known as her signature sound. Brown was Atlantic Record’s first star, and they marketed her as “Miss Rhythm.” She sang the duet “Love Has Joined Us Together” with Clyde McPhatter and toured on bills with him and others such as Ray Charles and Billy Eckstine.

Brown left Atlantic Records in the early 1960s after she claimed the label started cheating her.  After leaving the record label, Brown experienced more misfortune. She held a series of low-paying jobs as a floor scrubber and bus driver. Soon, she was able to rise from her misfortunes. She began singing club dates in the New York area in the mid-1960s. She recorded an album in 1968 with the Thad Jones-Mel Lewis Big Band and continued her music career.

Brown was invited to play the gospel singer Mahalia Jackson in the 1975 musical production of Selma in Los Angeles, California by comedian Redd Foxx. The musical was about civil rights, and Foxx was its producer. Later, she performed in Las Vegas, Nevada. The New York Times describes the rest of her entertainment career as being the “comeback that never ended.”

Because of her exploitation by Atlantic Records, Brown became an activist for musicians’ rights. She spoke out on stage and in interviews on the unfair contracts that musicians in her generation had experienced. Because she spoke out, Atlantic waived unrecouped debts held by Brown and thirty-five other musicians of her era and agreed to pay twenty years’ worth of retroactive royalties. Atlantic also contributed almost $2 million to start the Rhythm and Blues Foundation, which pushed for royalty reform and distributed millions of dollars to musicians in need.

Brown sustained many relationships throughout her life, having been married three times. She had two sons, Ronnie McPhatter (given the last name Jackson at birth) with Clyde McPhatter, and Earl Swanson with saxophonist Earl Swanson. Her health started to decline near the end of her life. She was able to overcome a stroke in 2000, but ultimately she succumbed to a heart attack and stroke following a surgery at the age of seventy-eight on November 17, 2006.