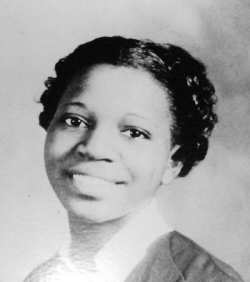 Odessa Brown
Fair use image
This entry is sponsored by The Roosevelt Alumni for Racial Equity (RARE) to acknowledge this individual’s commitment to our goals of promoting racial equity in public and private schools across the nation.

Odessa Brown, for whom the Children’s Clinic in Seattle is named, was born April 30, 1920, in Des Arc, Arkansas.  She moved to Seattle in 1963 after receiving training as a licensed beautician at the C. J. Walker Beauty School in Chicago.  A mother of four, she supported her family by working as Community Organizer for the Central Area Motivation Program beginning in 1965, and as a beautician.  Brown was a staunch supporter of a health care facility for children in the Central Area.  She worked tirelessly in this mostly African American neighborhood to make residents aware of the health needs of the area and to express these needs to the planners at Seattle Model Cities, a federally-funded anti-poverty agency.

Odessa Brown was a quiet, private person but when she spoke people listened, particularly when it concerned health care for children.  Her efforts persuaded Seattle Model Cities to develop a children’s clinic to serve the city’s Central District.  During her campaign for the clinic, few friends or associates were aware of her battle with leukemia which she had fought during her years as a CAMP community organizer.  Brown died on October 15, 1969 at the age of 49.  When the time came to name the children’s clinic after it opened its doors in 1970, there was never a question but that it be named the Odessa Brown Children’s Clinic.