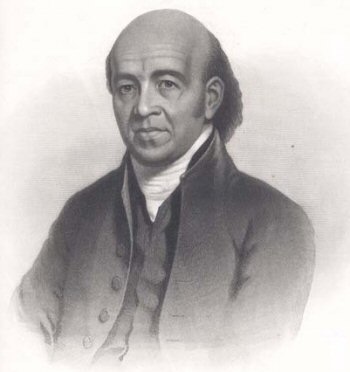 Morris Brown was born in Charleston, South Carolina on February 13, 1770. His family belonged to a sizeable African American population in the city who were mostly enslaved.  Brown’s parents, however, were part the city’s tiny free black community.  In the year of Brown’s birth, more than 5,800 enslaved blacks and 24 free blacks resided in the city, compared to a total of 5,030 whites.  Within this city where African Americans were the majority, Brown’s family circulated within an elite black society, whose members were often so closely related to aristocratic whites in the city that they were exempt from the racist restrictions imposed on the majority of enslaved people.

A prosperous shoemaker by trade and charismatic religious leader, Brown travelled to Philadelphia, Pennsylvania to collaborate with the Rev. Richard Allen in the founding of the country’s first African Methodist Episcopal Church (AME) in 1816.  Brown worked tirelessly to forge an independent African Methodist Church in Charleston.  In 1818, Brown left a predominantly white but racially segregated Methodist Church in Charleston in protest against discrimination. More than 4,000 black members of the white churches in the city followed Brown to his new church, the African Methodist Episcopal Church of Charleston, later named Emanuel AME Church.

In 1822, Brown and Emanuel AME came under investigation during the Denmark Vesey controversy.  The previous year, Vesey, a freed slave, organized a slave uprising in the city.  Informed of the plot, white authorities arrested hundreds of alleged participants and a white mob burned the church building to the ground. Rev. Brown was implicated in the plot, but was never convicted.  Shortly after the Vesey incident, Rev. Brown, his wife Bella, and their two sons, Morris, Jr. and Malcolm, left the south and settled in Philadelphia. Upon the death of Bishop Richard Allen in 1831, Brown took over the pastorate at AME Bethel Church, becoming the second bishop of the AME church.

Meanwhile the congregation in Charleston rebuilt Emanuel AME Church and worshiped there until 1834, when the city banned all African American churches.

Bishop Morris Brown died in Philadelphia on May 9, 1849.  Morris Brown College in Atlanta, Georgia (established in 1885), is named after him.