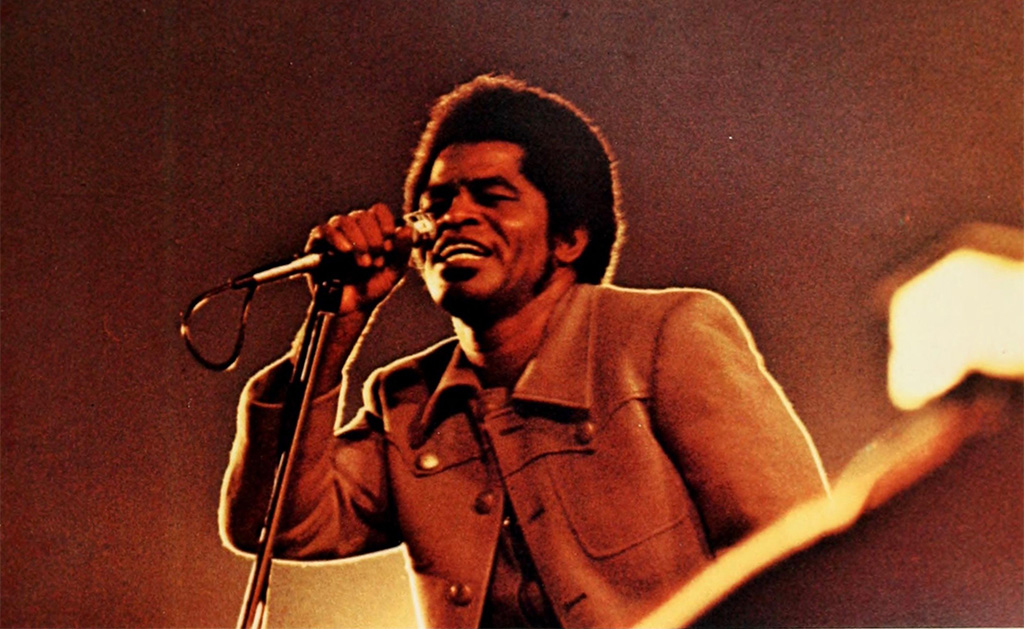 Born May 3, 1933, into poverty in racially segregated Barnwell, South Carolina, James Brown became the most assertively black rhythm and blues singer ever accorded mainstream acceptance before audiences throughout the world.

Arrested for breaking and entering at age 15, Brown’s early run-ins with the authorities served as his initiation into the rough edges of the black experience that were eventually reflected in both his pleading ballads and aggressive in-your-face funk.  Brown’s rough musical style and sensual, suggestive lyrics are even credited with ushering in the age of Hip-Hop. His almost primal renditions of “Please, Please, Please,” his first hit in 1956, and later “Bewildered” and “Prisoner of Love” contrasted vividly with the serene and controlled deliveries of artists such as Nat King Cole, Johnny Mathis and Dionne Warwick.

Brown’s music and showmanship symbolized the sacred and the profane in the lives of the vast majority of black America, the African American working class.  He sported processed hair throughout his sixty year career which in the late 1960s briefly morphed into a bushy afro with his black anthem:  “Say it Loud, I’m Black and I’m Proud.”  On stage his famed sweat-drenched sudden jerks and shouts backed by rapidly timed dance routines quickly earned him the title “the hardest working man in show business.”  Brown strutted aggressively onto the stage and assaulted the microphone with raw deliveries of “Papa Got a Brand New Bag,” “Out of Sight,” “Cold Sweat,” “I Got You (I Feel Good)”and “Sex Machine.”  Brown could also exude a calm compassionate delivery as with his moving ballads such as “It’s a Man’s World.”  He is perhaps best known for his epic 1962 album, “Live at the Apollo” and his 1986 theme from the movie, Rocky IV, called “Living in America.”

By the late 1980s and 1990s, Brown had highly publicized drug problems, punctuated with numerous clashes with the law. James Brown died of heart failure on Christmas morning 2006, less than a week before he was scheduled to perform at B.B. King’s blues club in Manhattan. He will be forever remembered as the “Godfather of Soul.”