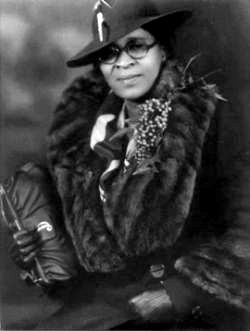 In 1901 eighteen year old Hawkins accepted a teaching position in North Carolina offered by the American Missionary Association. Although she did not graduate from Salem State, she decided to take the post anyway knowing that since there were few educational opportunities for black children she would do what she could to address the problem.

In her first year back in her native state, Hawkins taught rural black children at Bethany Congregational Church in Sedalia, North Carolina. In 1902, however, after the school was closed due to financial problems, Hawkins, with the assistance of her mentor Alice Freeman Palmer, established the Alice Freeman Palmer Institute. This school, located in Sedalia, instructed children between the elementary and junior college level.  It would operate through the late 1950s.  In 1911 Charlotte Hawkins married fellow Institute teacher Edward S. Brown. Although the marriage was brief, she retained his surname and became Charlotte Hawkins Brown.

Charlotte Hawkins Brown continued her own formal education as well. While directing the Institute she took courses at Simmons College, Temple University and Wellesley College. In the 1927-1928 school year Brown was named “special student” at Wellesley College, giving her the freedom to choose any course she wanted without any constraints of degree requirements. As her dedication and efforts in education became nationally acclaimed, Brown received several honorary degrees and traveled in circles that included Booker T. Washington, W.E.B. DuBois, fellow school founder Mary McLeod Bethune and Eleanor Roosevelt.

Besides her work as an educator Brown also became a talented essayist and short story writer. Throughout her adult life she was a dedicated anti-segregationist and an advocate for African American cultural pride and identity.