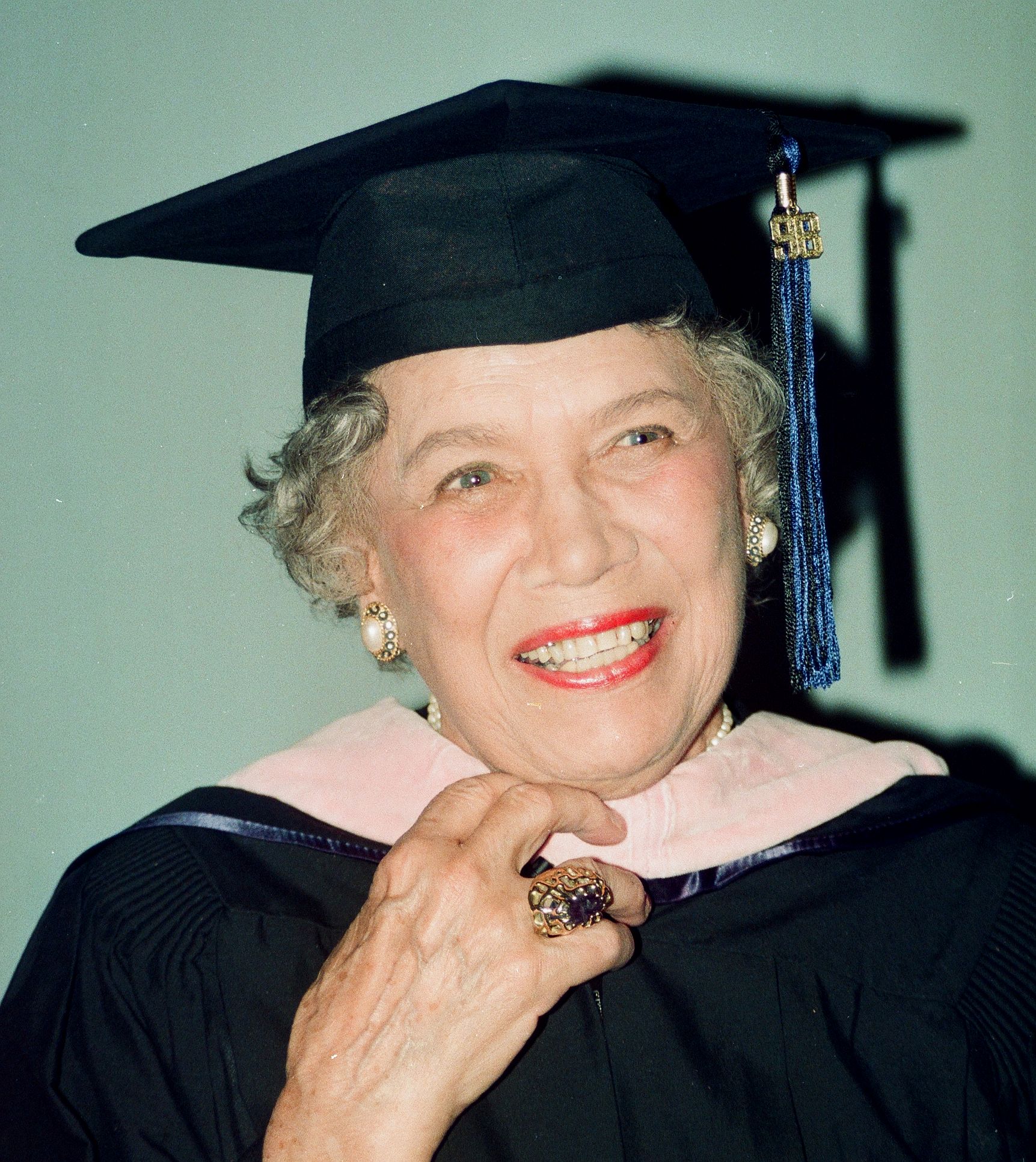 Broadway performer Anne Wiggins Brown was born August 9, 1912 in Baltimore, Maryland to Dr. Harry F. Brown and Mary Wiggins Brown. Her father, the grandson of a slave, was a respected physician, and her mother was of black, Cherokee, and Scottish-Irish decent. Brown was a talented singer from a young age, but when her parents tried to enroll their daughter in a private Catholic elementary school with a music program, she was denied entrance because she was African American.

Brown began her training at Morgan College (now Morgan State University), after which she applied to the Peabody Institute in Baltimore.  Once again she was denied admittance because of her race. Brown did not give up and in 1928, when she was just 16 years old, Brown auditioned for and was admitted to the Julliard School in New York, becoming the first African American vocalist to attend the school. While at Julliard, Brown was awarded the prestigious Margaret McGill scholarship.

Brown got her big break in 1935 when she sang the part of Bess in the world premiere of George Gershwin’s Porgy and Bess at the Colonial Theater in Boston.  The play, which featured an all-African American cast, focused on the lives African Americans living in Charleston, South Carolina during the 1920s. After a successful opening, Porgy and Bess was moved to the Alvin Theater in New York in October 1935.  Although Brown’s performance was highly praised, the opera received mixed reviews. Many African Americans, including Brown’s father, believed that the play was racist and portrayed stereotypes of black people.

Brown continued to appear on Broadway in such shows as Pins and Needles (1937) and Mamba’s Daughters (1939). The successful singer/actress also continued to play Bess in multiple revivals of Porgy and Bess including the Broadway revival in 1942. Although she had gained fame and success, Brown was still forced to deal with the reality of segregation in America. Brown encountered prejudice on many occasions and was even denied use of a performance hall in Baltimore, her hometown.

Brown’s experiences persuaded her to live in Europe. In 1946, she traveled to Copenhagen, Denmark to perform in the Royal Opera’s production of Porgy and Bess and afterwards decided to remain there. Brown began touring from Copenhagen and gave recitals throughout Europe.  In 1948, while traveling in Norway, she met and married her husband, the philosopher, journalist, and Olympic medal skier Thorleif Schjelderup. The couple settled in Norway and raised two daughters together.

In 1953, Brown began the transition from performer to voice coach and director, and in 1967 she put on a Norwegian production of Porgy and Bess. In 1998 Brown was awarded the George Peabody Medal for Outstanding Contribution to Music in America by the Peabody Institute as a way to apologize for their admission denial. Anne Wiggins Brown passed away in Oslo, Norway on March 13, 2009.