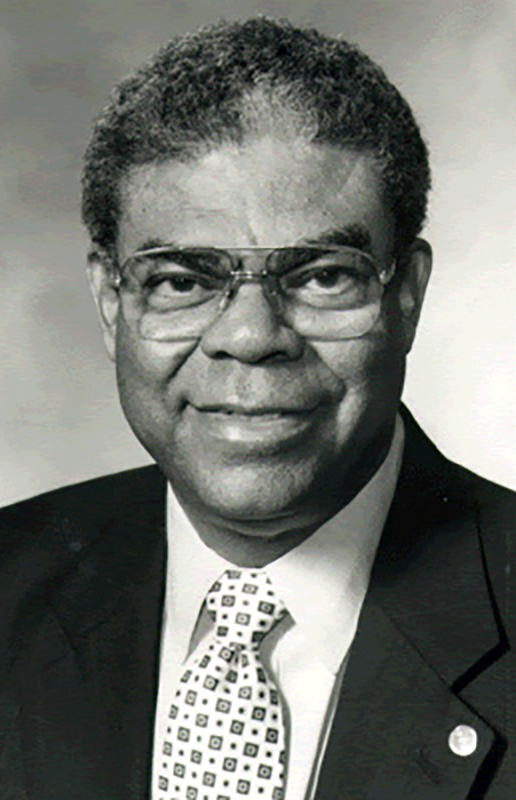 In 1995, Lonnie Bristow, a board-certified doctor of internal medicine, became the first African American President of the American Medical Association (AMA) in its 148 year history.  Bristow, the son of Lonnie Harlis Bristow, a Baptist minister, and Vivian Wines Bristow, a nurse, grew up in Harlem, New York where he attended public schools and entered Morehouse College in Atlanta, Georgia at the age of 16 where he played quarterback on the varsity football team.  He left Morehouse after two years, joined the U.S. Navy for four years and then received his bachelor’s degree from the City College of New York in 1953.  Bristow earned his M.D. from New York University in 1957.  Growing up seeing his mother work as a nurse encouraged his interest in the medical profession.  After completing medical school he established an internal medicine practice in San Pablo, California.

Bristow, who joined the AMA in 1970, served as an alternate delegate, a delegate, a member of the executive committee, and a member (and later chair) of the Board of Regents before being elected president of the 300,000 member association for 1995-1996.  His work as president focused on many of the issues he addressed throughout his career including sickle cell anemia, coronary care, and socio-economic issues impacting health care.  His goals included reforming the profession by expanding the range of care doctors give to their patients, putting patients’ needs ahead of monetary interests, and improving the doctor-patient relationship.  He also saw his election as president as highlighting the advances of African Americans in the medical field over the past 148 years of the AMA, including most of that period when black doctors were not allowed to join the organization.  African Americans were accepted for the first time in 1968.  Bristow also saw his work as a testimony to the role of education and hard work in generating acceptance.  He frequently addressed audiences of future medical professionals of various backgrounds, encouraging them to strive for excellence in their work in order to make their dreams of advancement realities.

One of Bristow’s goals as President of the AMA was to address the issue of ethics in the medical community, including implementing ethics courses and questions about ethics on medical licensing exams.  He also worked to encourage HIV/AIDS education at home and abroad.  He has honorary degrees from the University of Medicine and Dentistry of New Jersey, Morehouse College School of Medicine, Wayne State University School of Medicine, and the City College of New York.