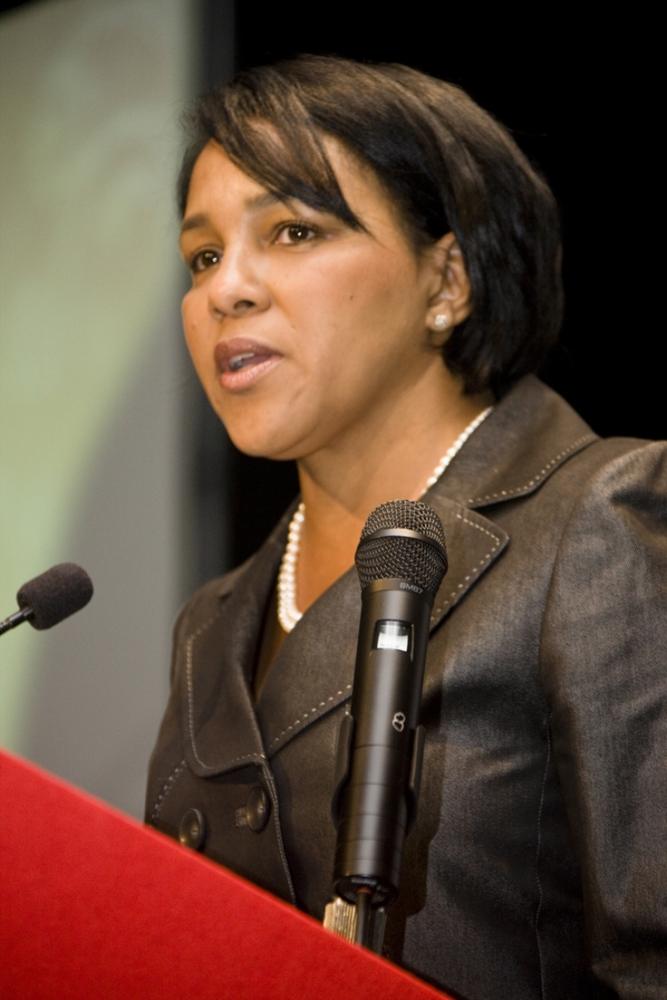 Rosalind G. Brewer is an American businesswoman and the first African American woman to become chief operations officer (COO) of Starbucks.  Brewer was born in Detroit, Michigan in 1962. She was the youngest of five children and they were the first generation in her family to go to college.

In 1980, Brewer graduated from Cass Technical High School in Detroit. Right after graduation she enrolled in Spelman College where she earned bachelor degree in chemistry in 1984. Later she graduated from the University of Chicago Booth School of Business in Illinois and Stanford Law School in California and completed the advanced management program at The Wharton School of the University of Pennsylvania in 2006.

Brewer worked for Kimberly-Clark, the paper manufacturer, for 22 years, right out of college. With her degree in chemistry, she started her career as a research technician. Frustrated by the lack of control in research and development she moved over to administration. By 2006 she worked her way up to be president for manufacturing and global operations in Kimberly-Clark.

In 2012, Brewer was named President and CEO of Sam’s Club, becoming the first African American to lead a Walmart division. She has focused on health and wellness by doubling the number of organic products offered at Sam’s Clubs and led the development of the company’s curbside pickup service and e-commerce efforts, including introducing a process that allows customers to scan items with their phones in order to speed up checkout.

During her time at Sam’s Club, Brewer connected with Starbucks CEO Howard Schultz, who invited her to work for Starbucks but initially she declined his offer. After retiring from Walmart on February 1, 2017 she accepted the COO role at Starbucks.