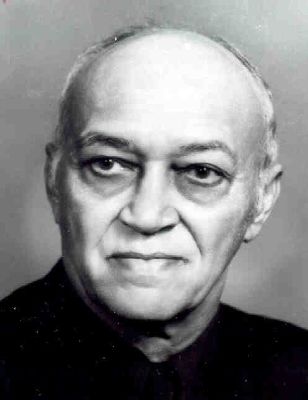 Born in Goliad, Texas on March 24, 1896, John Mason Brewer became one of the twentieth century’s premier African American folklorists. A poet, essayist, historian, and anthologist, Brewer earned an undergraduate degree from Wiley College in 1917 and later a graduate degree from Indiana University.  Over his career he taught on both the high school and college levels.

Brewer worked at Samuel Huston College in Austin from 1926 to 1933 when he left to pursue additional studies and career options. He returned in 1944 to teach at Huston-Tillotson College (previously Samuel Huston College) until 1959 when he went to Livingston College in North Carolina. Brewer moved back to Texas ten years later (1969) and taught at East Texas State University until his death in 1975.

In his writings Brewer sought to portray black culture. Brewer wrote and published Negrito, a volume of his own poetry in 1933. He published Negro Legislators of Texas and Their Descendants (1935), The Negro in Texas History (1936), and was the guiding force behind An Historical Outline of the Negro in Travis County (1940). In a singularly important contribution, the works of black Texas poets are available through the efforts of Brewer, who collected black Texas poetry and published it in a 1936 anthology, Heralding Dawn: An Anthology of Verse. Though Brewer disparaged writing of the Harlem Renaissance as unrepresentative, his anthology places him on a footing with Alain Locke, since Brewer did for Texas what Locke did for Harlem.

It was as a folklorist that Brewer excelled. Prominent white folklorist J. Frank Dobie recalled that he “discovered” Brewer in 1932 when Brewer brought a box full of slave folk tales to be published. The result was the publication by the Texas Folklore Society of forty tales under the title of “Juneteenth” in Tone the Bell Down. The next year the society published Brewer’s “Old Time Negro Proverbs.” His fame came primarily from three collections of black Texas folklore published at mid-century: The Word on the Brazos: Negro Preacher Tales from the Brazos Bottoms of Texas (1953), Aunt Dicy Tales: Snuff-Dipping Tales of the Texas Negro (1956), and Dog Ghosts and Other Texas Negro Folk Tales (1958). While in North Carolina he published Worser Days and Better Times (1965) and the award-winning, influential American Negro Folklore (1968). Brewer’s penchant for discovering the lost folk tales preserved many from extinction and revealed another vital source for studying African Americans in United States society and culture.