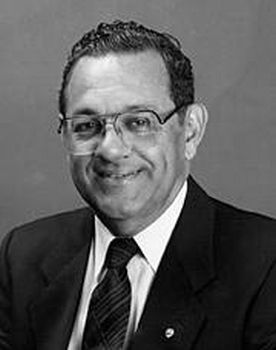 Branton enrolled in Arkansas Agricultural, Mechanical, and Normal College in Pine Bluff and graduated in 1942.One year later he was drafted into the United States Army and first served with military intelligence but was reassigned to lead a construction battalion building bridges in the South Pacific.  Branton was honorably discharged from the Army in 1946 but his wartime experience helped shape his ideas about race and prejudice and his later determination to end discrimination.

In January  1948, Branton married Lucille Elnora McKee of Pine Bluff. The couple had six children. During this time he also joined Pine Bluff’s National Association for the Advancement of Colored People (NAACP) branch.  When Branton initiated an NAACP voter registration campaign in Pine Bluff he was arrested and charged with violating Arkansas election laws by teaching blacks how to mark and fill out election ballots.  Branton was convicted and fined $300 which the local black community paid to show its support for his activities.

In January of 1950, after the U.S. Supreme Court ruled that African Americans could not be denied admission to state-supported graduate and professional schools, Branton entered the University of Arkansas Law School. He was the fifth black student to enter and in 1953 became the third to graduate.  He returned to Pine Bluff, passed the bar, and began general practice.  With his wife as office manager and secretary, Branton continued in general practice until 1962.

In 1956, Branton filed a lawsuit against the Little Rock School Board on behalf of local African American parents.   That suit eventually reached the U.S. Supreme Court which unanimously ruled in 1958 that Arkansas officials must comply with federal court orders mandating desegregation.  Although this case did not initiate the Little Rock Crisis in 1957 where President Dwight Eisenhower ordered federal troops to the city to enforce the court order and protect the first nine black students assigned there, it did allow the U.S. Supreme Court to validate the President’s actions.

In 1962, Branton, now a nationally prominent civil rights attorney, was selected to become executive director of the Voter Education Project.  This Atlanta-based organization worked to register and mobilize black voters across the South.  Two years later Branton was named executive director of the President’s Council on Equal Opportunity by President Lyndon Baines Johnson.   Between 1965 and 1971 Branton worked in the Justice Department, served as executive director for the United Planning Organization (Washington, D.C.’s community action agency), and as Director of Social Action for the AFL-CIO’s Alliance for Labor Action. By 1971, he returned to his private law practice, and in 1973 helped create the firm of Dolphin, Branton, Stafford and Webber.   In 1977 Branton became the Dean of Howard University School of Law serving there for five years.

Wiley Branton was a member of Sigma Pi Phi fraternity. On December 15, 1988, Wiley Branton died from a heart attack in Washington, D.C. He was 65.