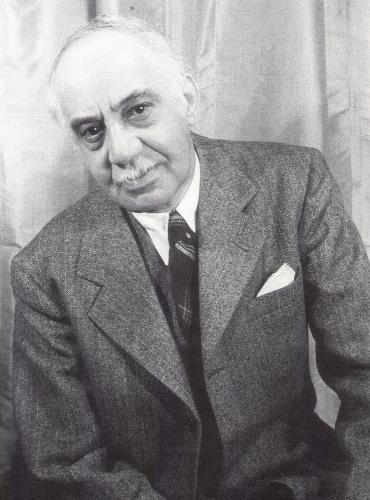 William Stanley Braithwaite, the acclaimed poet and anthologist, was born in Boston on December 6, 1878. He was the second of five children born to William Smith Braithwaite and Emma Dewolfe Braithwaite. William Stanley Braithwaite’s father, originally from British Guiana, was a man of mixed racial heritage who had spent considerable time in England studying medicine, using the legacy left to him by a French grandmother. His mother, who almost passed for white, was the daughter of a mulatto ex-slave who had come North in the years following Civil War.

While William Stanley’s father was alive, the children were tutored at home in the usual subjects, as well as less common subjects such as French. Along with a superior education, William Stanley was also raised to consider only white children as his peers and to associate himself with the best and brightest among them whenever possible. These attitudes about race were inherited from his father, but would have less influence over him as the years went by.

In 1884, when William Stanley Braithwaite was seven, his father died. This plunged the Braithwaite family into poverty. In order to avoid total destitution, Emma began working as a domestic and eventually began taking lodgers into the family home. By the age of 13, William Stanley Braithwaite quit school and began taking work as an errand boy in order to help support the family. After three years of this work, he found similar work in a publishing house where his passion for books and writing began.

It was this job that led William Stanley Braithwaite to his life’s work. Braithwaite eventually became a writer himself, and was published in newspapers and other periodicals, as well as self-publishing his first book in 1904, titled Lyrics of Life and Love. His second book, House of Falling Leaves, was published in 1908. Braithwaite’s poetry was recognized in literary circles for much of his life. More importantly, however, was his work in compiling anthologies of work published in periodicals. These yearly anthologies helped to launch the careers of many American poets.

In 1918, Braithwaite received the National Association for the Advancement of Colored People (NAACP) Spingarn Medal for outstanding achievement by an African American.  He also received honorary degrees from Atlanta University and Talledega College in Alabama. Between the years of 1935 and 1945, Braithwaite taught creative literature at Atlanta University. On June 8th, 1962, William Stanley Braithwaite fell ill and then died at his home in Harlem, leaving behind his wife and seven children.