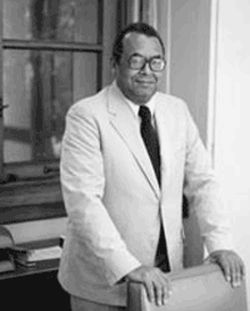 The career of Robert Henry Bragg was highlighted by his success in employing x-ray techniques to reveal the structural makeup and electrical properties of carbon and composite materials. The son of a union organizer and a seamstress, he was born in Jacksonville, Florida on August 11, 1919. With the separation of his parents Bragg went to Chicago to live with his uncle who encouraged him to become an engineer. Following military service in World War II he earned a bachelor’s, master’s, and Ph.D. in physics at the Illinois Institute of Technology, upon completion of which he began work at Lockheed Missiles & Space Company analyzing carbon based materials with potential for use in space flight.

By 1969 Bragg was a professor in the materials science department at the University of California at Berkeley (chairman, 1978 to 1981), and a principal investigator in the Materials and Molecular Division at nearby affiliated Lawrence Berkeley National Laboratory. He served as an adviser to the U.S. Department of Energy, the Naval Research Laboratory, the National Science Foundation, and the National Institute of Standards and Technology. Bragg was a visiting scientist at the University of Bordeaux (France), and the Mushasi Institute of Technology (Japan). In the early 1990s he was at the University of Nigeria as a Fulbright scholar; and in 1995 he was a fellow of the National Society of Black Physicists. Bragg retired from UC Berkeley in 1987. In 2006, at age 86, he was a member of Oakland, California’s Museum of African American Technology and, with the assistance of UC Berkeley’s Black Studies department, developed an exhibit at the museum titled “The Black Revolution in Science and Technology.”