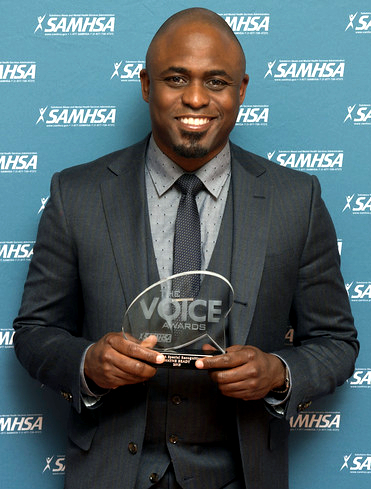 Hear a soundtrack specially chosen to enhance your learning about Wayne A. Brady (1972- )

Wayne Brady, comedian, singer, actor, and television personality, was one of the first African Americans to host a daytime game show.  Brady became host of Let’s Make a Deal in October 2009.  Wayne Brady was born on June 2, 1972 in Orlando, Florida.  As a child he discovered his passion for the performing arts.  As a teenager, he acted in the community theater projects of A Raisin in the Sun, Fences, and A Chorus Line.  Following his graduation from Phillips High School in 1989, he became a stand-up comedian at SAK Comedy Lab in Orlando.

In 1996 Brady moved to Los Angeles to broaden his career opportunities.  Once in Hollywood, he earned appearances on primetime dramas I’ll Fly Away, Home Court, and In the Heat of the Night.  Brady also showcased his improvisational skills in the late 1990s on ABC’s hit comedy Who’s Line Is It Anyway?  During his tenure on the show, he earned an Emmy in 2003 for Outstanding Individual Performance in a Variety or Music Program.  In 2001 Brady also became the host, producer, and co-writer of The Wayne Brady Show on ABC.   His show’s high ratings earned him national acclaim.

In 2004 Brady’s career reached a milestone when he joined the cast of the Broadway revival of Chicago.  In this production he played Billy Flynn, a role traditionally reserved for white actors.  Brady’s acting career also includes television appearances on The Dave Chappelle Show, 30 Rock, How I Met Your Mother, Dirt, and Everybody Hates Chris.  Brady also starred in the movies Crossover, The List, and Roll Bounce.

In 2007 Brady became host for FOX’s Don’t Forget The Lyrics. That same year he also became a spokesman for the Ronald McDonald House.  In n 2008 Brady released his first studio R&B album, A Long Time Coming, which featured his Grammy nominated A Change is Gonna Come. Wayne Brady is twice divorced and has a daughter. He lives in California.